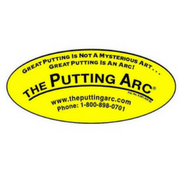 Congratulations to Bernard Langer for his Champions Tour major win at the Senior Open Championship held at the Royal Lytham and St. Annes Golf Course in England. He continues to be an inspiration to those golfers who would have permanently quit the game if the long putter were totally banned in 2016.

Congratulations also to Ally McDonald for her T11 at the LPGA’s next-to-last major, the Evian Championship in France. She was the third highest American finisher at this tournament and her winnings for the year are now over $460,000. This ranks her fifth among American players on the LPGA.

The Putting Arc is a co-sponsor of the Southeastern Junior Golf Tour for the 2019 season.

Use your own Putting Arc for a few minutes every day and quickly learn the on-plane, arc-type putting stroke of the modern touring pro. It is available at selected golf retailers nationwide, at www.thePuttingArc.com or by calling 800-898-0701 M-F 9-5 ET.