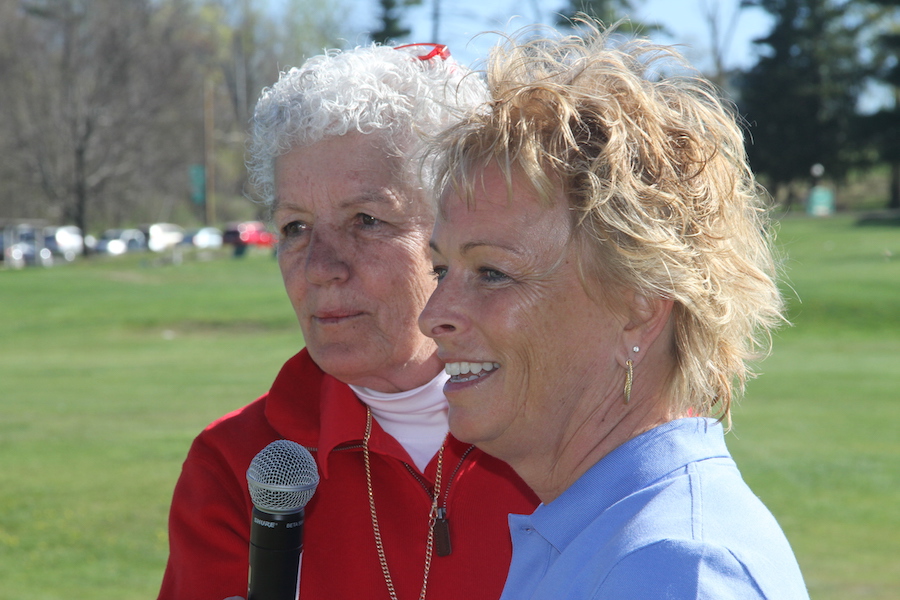 Dottie Pepper won seventeen times on the LPGA Tour including two major championships. She won The Nabisco Dinah Shore (now called the ANA Inspiration) in both 1992 and 1999. Upon retiring from competitive golf in 2004, Dottie has continued her contributions in the golf industry by covering all levels of televised golf for ESPN, Golf Channel, NBC, and currently for CBS sports.

As a friend and colleague, and having served together on the NENY PGA Section Board, Kay is thrilled to have Dottie as her guest. Among many insightful topics, Dottie will be discussing her recently released book, Letters to a Champion: My Time with Mr. Pulver, and how that relationship of teacher and student shaped her into a major champion and leading golf commentator.

“I absolutely loved this heartwarming book,” said Norah O’Donnell, CBS Evening News Anchor and Managing Editor. “Dottie Pepper is an American original and revered for her decades of insightful coverage as a broadcasting giant. Now, she presents a must-read for anyone who loves the game of golf. We learn the encouragement and endless search for excellence it takes to be a champion.”

Q&A Fridays with Kay started in April 2020 and are free online public forums each week hosted by McMahon. The Q&As are interactive discussions are open to players of all levels and cover a wide range of topics from swing flaws and cures, short game techniques, how to play in competition, mental strategies and frequently feature special guests.

To join in the Q&A Fridays weekly session, please contact kay@edukaytiongolf.com or call 518-669-1551 to receive your personal passcode.

eduKaytion Golf is directed by LPGA Teaching Hall of Famer, Kay McMahon, and Eloise Trainor, LPGA Member and Founder of the FUTURES Golf Tour, now the Symetra Tour. Since 2002, eduKaytion Golf, has been the leader in accelerated golf instruction through its Golf 8.5 programs. Private lessons, group lessons, workshops and corporate events are available online or in person. For more information and to view our videos, visit www.edukaytiongolf.com or call Kay at 518-669-1551.