In less than a year after opening, the High Performance Golf Institute (HPGI), Reflection Bay Golf Club’s student academy, is already guiding champions under the instruction of PGA pros Craig Barlow and Jeff Gallagher. The pair are behind a number of young local golfers who have recently stepped into the national spotlight, including 2019 Drive, Chip and Putt champion Yana Wilson and Coronado High School student Michael Sarro, who recently claimed the individual title at the Class 4a Nevada high school state golf tournament.

“We have really enjoyed helping so many of our students in their success this past year,” said Barlow, whose career included 18 years in the PGA and Web.com Tours. “The Reflection Bay course has offered a great opportunity for Jeff and I to coach using the best possible technology and greens. The golf course and all the amenities are truly like nothing else in Las Vegas.” 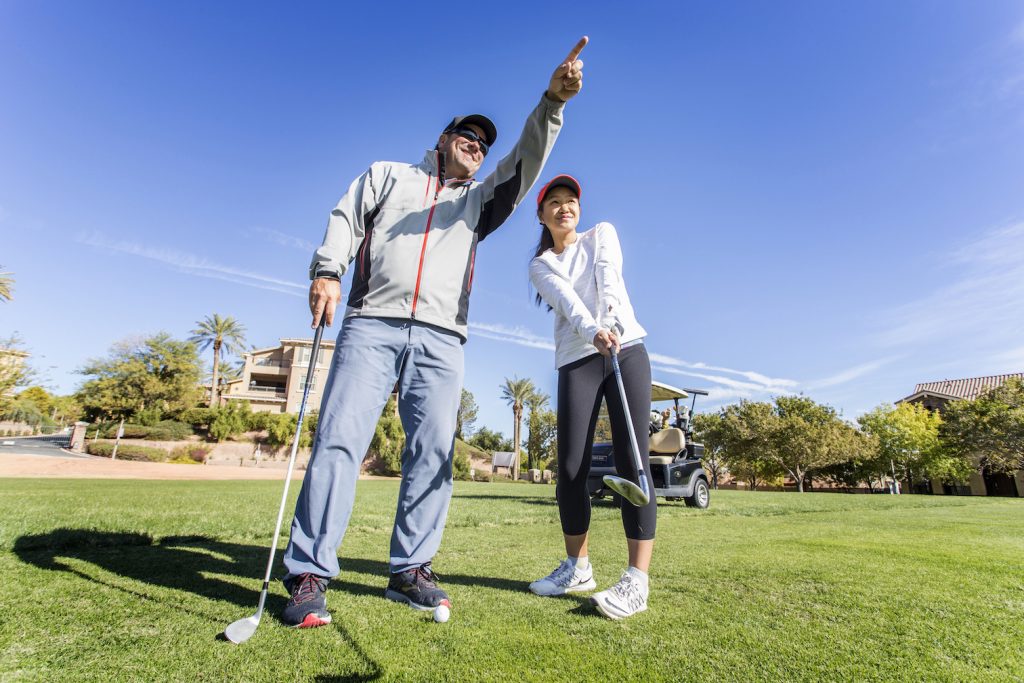 HPGI is made up of more than 100 students, with roughly one-third of the students being adults and two-thirds being juniors. Along with a four-hole training area on the former Falls Golf Course, students are able to hone their skills inside the newly designed hitting bay, featuring TrackMan technology used to perfect even the most seasoned golfer’s swing.

“We use the hitting bay quite a bit. It’s been great for improving my short game, which is something Craig has really helped me with,” said Wilson, 12, who started working with Barlow a year ago.

The Henderson, Nevada, native has advanced to three regionals in her short career and recently took first place in Augusta, Georgia where she fought in a sudden-death round and claimed the 2019 Drive, Chip and Putt championship in the girls 12- to 13-year-old division. Wilson said working with Barlow has helped her with preparing for the mental side of the game and has inspired her dream to become one of the top young golfers in the state. 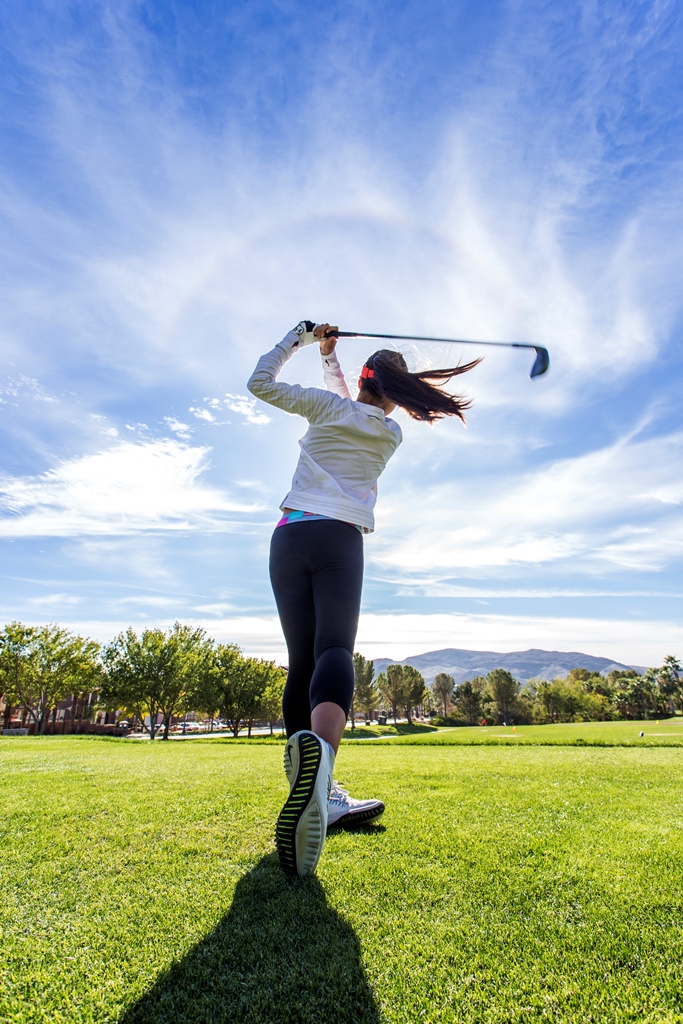 “Yana is a lion in a sense that she’s super competitive and she wants to beat me every time we play, and she’s only 12 years old,” Barlow said. “You’re not taught something like that – you’re born with that.”

Sarro, a recent graduate from Coronado High School and upcoming freshman golfer at California Baptist University in Riverside is another one Barlow’s star pupils making an impression on the West Coast. The 18-year-old captured the individual title at the Class 4a Nevada high school state golf tournament at Somersett Country Club in Reno in a one-hole playoff and led his team to a second consecutive state victory.

Sarro started working with Barlow when he was coaching at Anthem Country Club in Henderson. He followed Barlow to Reflection Bay last summer and continued to perfect his putting and his confidence on the course.

“Craig has just an extremely good short game and he’s helped me improve a lot,” Sarro said. “He’s taught me about the mental side of golf too and has really helped me develop my chipping and putting skills in the last year.”

Reflection Bay Golf Club is set on a luxurious lake located 25 minutes east of the Las Vegas Strip. This 320-acre man-made lake is the centerpiece of the Lake Las Vegas residential resort community. Built in 1998, Reflection Bay Golf Club was designed by 18-time Major winner Jack Nicklaus. The course is designated as a prestigious Jack Nicklaus Signature Design and is one of only three Nicklaus-designed courses in Southern Nevada. Reflection Bay was host to the Wendy’s 3Tour Challenge from 1998 to 2007, showcasing the talents of such champions as Bubba Watson, Fred Couples, John Daly and Phil Mickelson. For more information, visithttp://www.reflectionbaygolf.com.