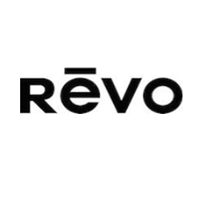 Revo, the iconic performance eyewear brand that was founded in 1985 and is known for the “Best Lens on Earth”, announced the release of a limited edition frame called the Moonwalker Zero G. Timed to the celebrations around the 50th anniversary of the history-defining lunar landing, the frame’s launch is positioned to honor Revo’s NASA technology roots and its partnership with Astronaut Pete Conrad. 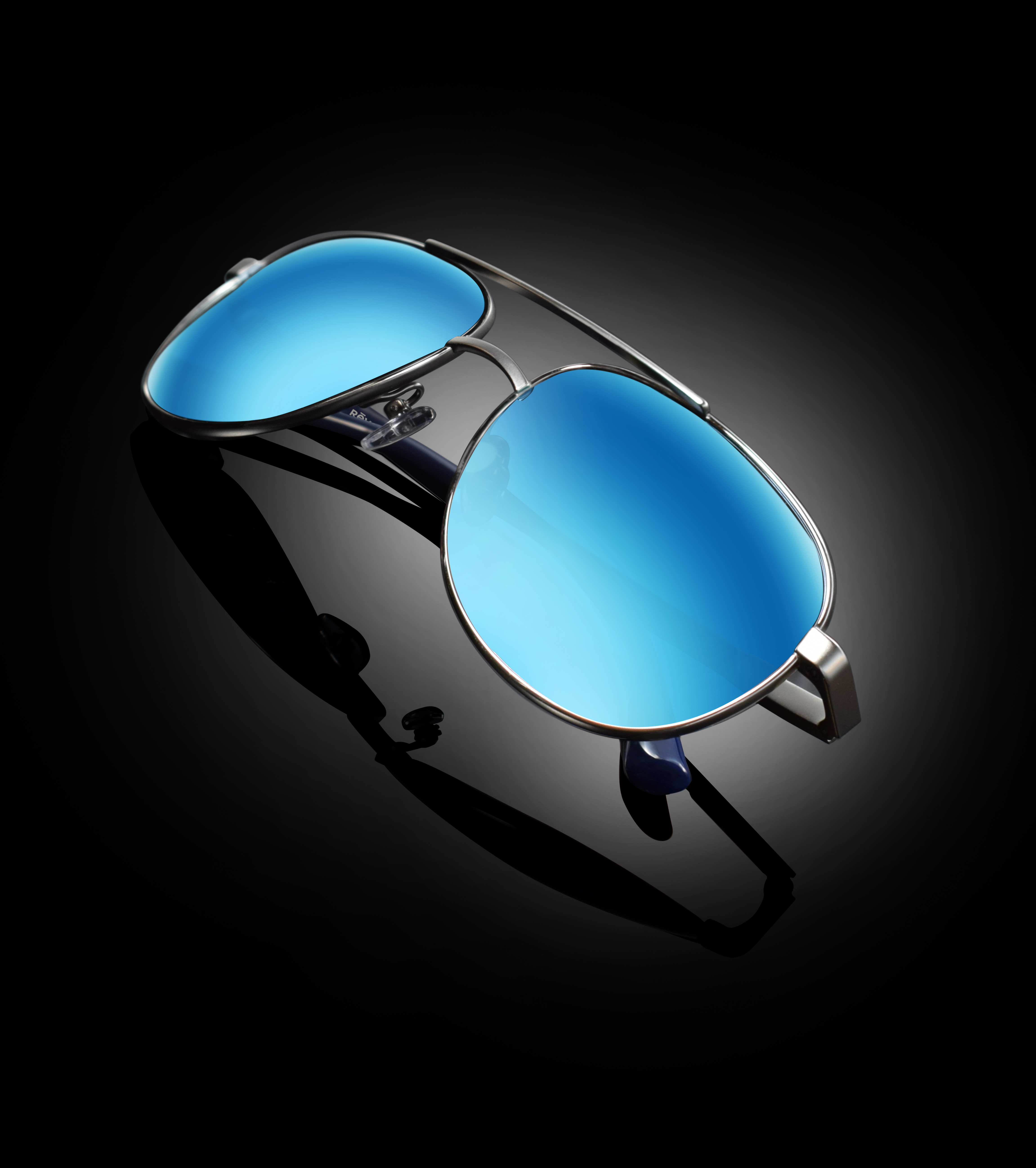 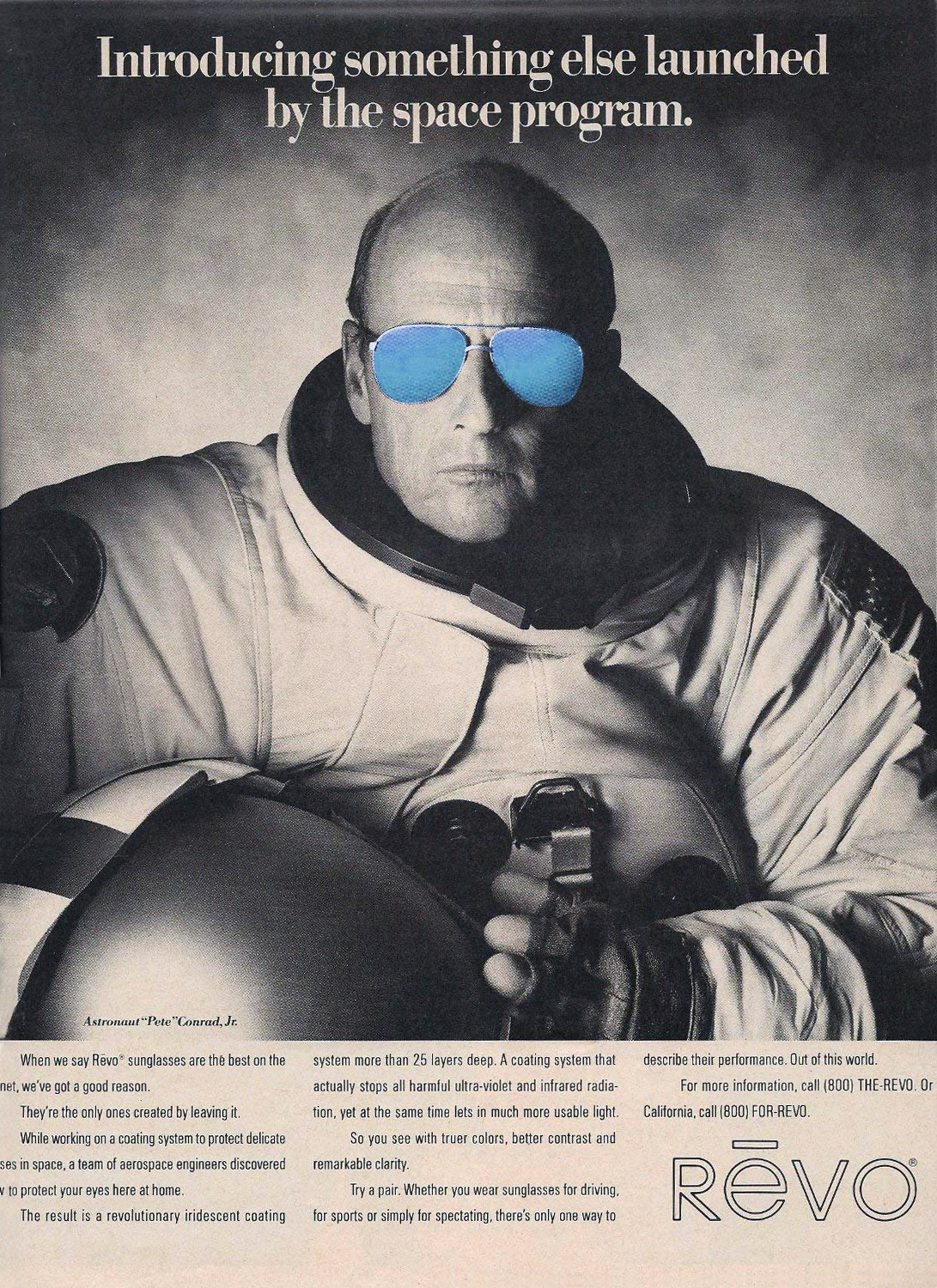 Conrad, the third man to walk on the moon during Apollo 12’s mission, was also Revo’s first brand ambassador in 1988. He was featured in a campaign with the cheeky tagline: “Introducing Something Else Launched by the Space Program” (attached here). Pete was a natural partner, as Revo was also “launched by the space program” by its founder, Dr. Mitch Ruda. Ruda, a NASA astrophysicist and optical engineer, was working on a project to develop special coatings to protect satellite porthole windows from space radiation. Being an avid skier, he considered how this technology could also filter the full spectrum of light in the form of eyewear.  He applied this innovation to a pair of sunglasses and Revo, the cutting-edge performance eyewear brand, was born

The Moonwalker Zero G is a re-creation of the very aviators designed for Pete’s campaign, reimagined for the present day in premium materials including super lightweight titanium, a two-tone chrome finish, dual color handmade acetate temples and shatterproof Serilium+ lenses.  Only 500 individually numbered pairs of the frame have been produced in total and the limited-edition style will come packaged in a commemorative box with a reprint of the archival 1988 Revo ad featuring Pete Conrad.  The retail price is $499.

“The moon landing was the most incredible technological achievement of the 20th century. As a long-time industry veteran and fan of Revo from back in the day, it’s exciting to be able to carry forward Revo’s rich heritage of space-based technology.  I’m honored that our partnership with Brand Ambassador Pete Conrad, the third man on the Moon, has enabled us to have a small part in the very large 50th anniversary celebration of the lunar landing.  The Moonwalker Zero G is a testament to Revo’s industry-leading technology and a celebration of the spirit of the Apollo missions.” – Cliff Robinson, Revo CEO.

Revo has partnered with Patrick Janelle (@aguynamedpatrick) and Mustafa Kacar (@mustafakacar) for the exclusive Moonwalker Zero G launch. Revo sought out Patrick and Mustafa specifically for their ability to tell the story behind a brand; it turns out, both men are longtime customers and fans of Revo which further supports Revo’s mission to work with authentic brand ambassadors in all brand efforts.

The Moonwalker Zero G will be sold on Revo’s newly relaunched website Revo.com, at finer optical shops and specialty boutiques globally as well as at museums nationwide including the Kennedy Space Center and The Smithsonian’s National Air and Space Museum. Revo is also an official sponsor of the Apollo 50th Gala event that will take place on July 16th at the Apollo Saturn V Center in the Kennedy Space Center. The event celebrates the historic launch of Apollo 11, exactly 50 years to the day of Lift-Off.