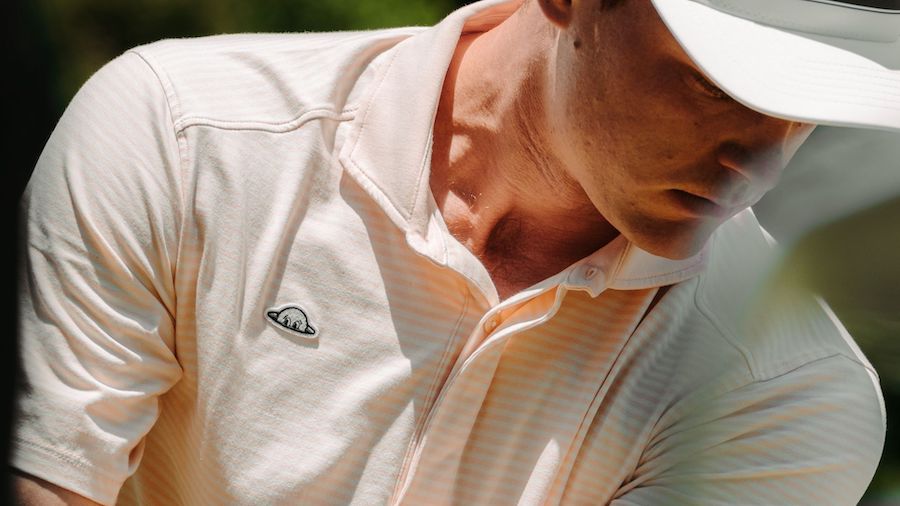 Manke, who made the cut and finished T37 in his professional debut at the BMW Charity Pro-Am in Greer, S.C., will wear RADMOR’s collection of polos, pants and shorts during competitive and practice rounds on tour. RADMOR founders Scott Morrison and Bob Conrad were teammates on the University of Washington men’s golf team in the mid-90s and have remained big supporters of the program over the years. 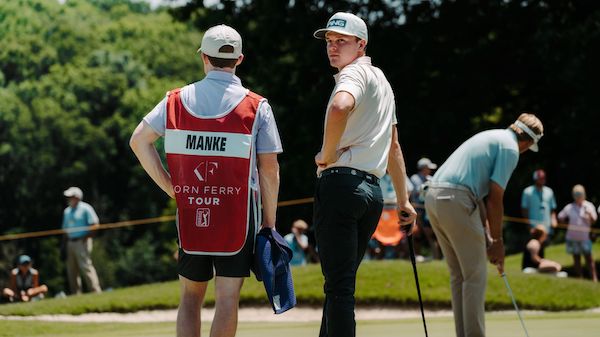 “Scott and Bob are a couple of guys who are excited about golf in the Northwest and wanted to help the University of Washington program as much as possible,” Manke says. “They’ve embraced the team and are good friends of the program. We’ve built a relationship with them because they’re such good guys.”

Manke was first drawn to RADMOR because of the sheer comfort and unique look of its polos, pants, hoodies and accessories. As he dug deeper into the company’s ethos, he gained an appreciation for its unwavering commitment to sustainability and use of all-natural, high-quality cotton and (in select garments) recycled polyester.

“You don’t realize how much plastic you’re wearing,” Manke says. “You come out to these tournaments, and we’ve got aluminum cups and water bottles. People are trying to get rid of plastic, and they don’t know it’s used most in clothes. People wear it, and it sheds and wears off in the laundry.”

RADMOR’s sustainably-sourced golf clothing forgoes virgin polyester in favor of natural cellulose fibers like Peruvian Pima cotton, elastane yarns, and super-soft Tencel to create the most eco-minded golf apparel in the industry. It recently dropped a series of additions to its 2022 line showcasing a variety of new offerings for men and women in seasonally-focused color palettes celebrating the world’s greatest game.

“RJ embodies everything we stand for; he’s conscientious, wants to do good in this world and when it comes to golf, he’s an absolute winner on and off the course,” Morrison says. “He’s off to a great start professionally and we can’t wait to follow his season on the Korn Ferry Tour.” 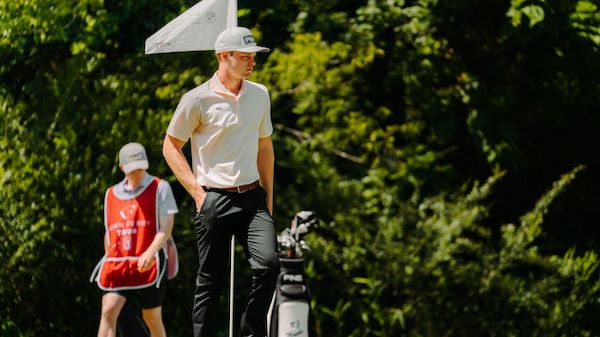 Manke finished fourth overall in the PGA TOUR University class of 2021, earning Korn Ferry Tour membership for the 2022 season. Top five finishers are exempt into all open, full-field events beginning the week following the conclusion of the NCAA Division I Men’s National Championship through the conclusion of the Korn Ferry Tour regular season. The top five finishers are also exempt into the Final Stage of that year’s Korn Ferry Tour Qualifying Tournament. PGA TOUR University was launched in 2020 to strengthen and elevate the path to the PGA TOUR through the Korn Ferry Tour, Mackenzie Tour – PGA TOUR Canada, PGA TOUR Latinoamérica and PGA TOUR Series – China

In February 2021, Scott Morrison and Bob Conrad launched RADMOR. The college roommates and golf teammates at the University of Washington first discussed changing the face of golf apparel in the mid-90s, and today that vision is finally a reality. After graduating from the “U-Dub,” Conrad played golf professionally and still maintains a plus handicap. Supplying serious fashion “street cred,” Morrison was the man behind three of America’s top denim brands – Paper Denim & Cloth, 3×1 and Earnest Sewn – and is widely considered a thought leader in the design world.

The dynamic duo’s passion for the harmonic convergence of fashion and performance is evident in subtle design treatments such as RADMOR’s MORE/EROM (Extended Range of Motion) underarm pattern prominently featured in golf shirts, layering pieces, and outerwear. Functional-yet-fun details like a signature “ball pocket” can also be found on outerwear, pants and shorts. RADMOR is defined by its commitment to using natural fibers and reducing our impact on the environment while producing the highest quality golf apparel possible.

“RADMOR” is a playful blend of Morrison and Conrad’s last names and represents the brand’s dichotomy. Its secondary logo, “BobRad,” is a whimsical cartoon that aims to bring golf to those who find the sport a bit too stuffy. Meanwhile, RADMOR’s “serious golf side” is reflected in its “Dead Center” ball and cup logo that appears throughout most of its collections and appeals to its green grass partners at high-end clubs and resorts.

In addition to its direct-to-consumer sales channel, RADMOR is available at a growing number of golf shops throughout the U.S. and Nordstrom stores nationwide, as well as Golf.com, Huckberry.com, TrendyGolf.com, FairwayStyles.com, Nordstrom.com and Saksfifthavenue.com starting mid-June. RADMOR has a concept shop in Seattle at 607 1st Avenue in Pioneer Square.