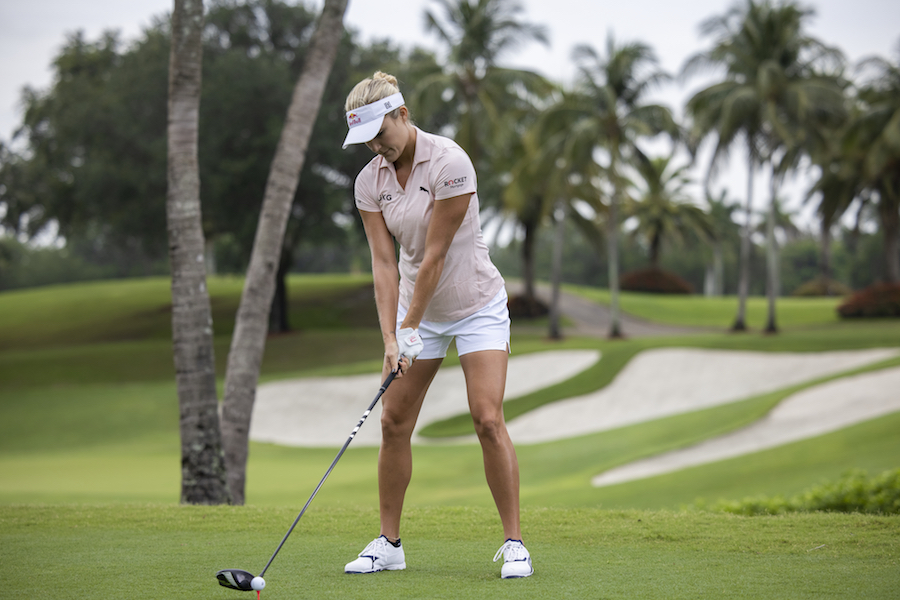 Detroit,  – Rocket Mortgage, the nation’s largest mortgage lender and a part of Rocket Companies (NYSE: RKT), today announced a partnership with golf phenom Lexi Thompson. As part of the sponsorship, she will proudly display the lender’s logo on her left sleeve during tour play, as well as represent the company alongside PGA TOUR superstars Bryson DeChambeau and Rickie Fowler.

“Lexi has been dominant on the women’s tour ever since she qualified to play in the U.S. Women’s Open at only 12 years old — and has grown her legend as one of the most elite golfers in the world ever since,” said Casey Hurbis, Chief Marketing Officer of Rock Central, the marketing arm of Rocket Mortgage. “It is an honor to have Lexi on the Rocket Mortgage team and use our partnership to demonstrate the value that women bring to both the game of golf, our company and the mortgage industry. She is a great representation of true professionalism and a role model for girls across the country who can draw inspiration from Lexi’s dedication and drive – from a young golfer winning events to now one of the most dominant players on the tour.”

Thompson continues to be a force, with an astounding 11 tour wins in just 11 years, including her first major win at the 2014 Kraft Nabisco Championship, and an additional three worldwide wins. She makes her presence known on every course she plays, being one of the longest hitters in women’s professional golf. Thompson is also planning to represent the United States in Tokyo, Japan at the 2021 Summer Olympics.

“Joining the Rocket Mortgage team is a great honor, and I can’t wait to get to work on shining a spotlight on our shared passions of innovation, breaking records and creating positive change in our local communities,” said Thompson. “Rocket Mortgage is obviously a leader in helping people achieve the American dream, but I’m even more impressed with how they’ve used their position in golf to have a real and lasting impact on the city of Detroit through their Changing the Course initiative. It’s an honor to represent a company so passionate about its clients and community.”

Rocket Mortgage is dedicated to its mission of empowering women. In fact, Rocket Pro TPO, the arm of the company that works with independent mortgage brokers, recently sponsored Paretta Autosport’s No. 16 Chevrolet in the Indianapolis 500, which was owned and driven by women and supported by a majority-women pit crew. This high-profile partnership with Thompson is yet another opportunity for the company to continue impacting the outcome in this space.

America’s largest mortgage lender has had a consistent presence in the golf world ever since it began sponsoring the Quicken Loans National in 2014. The company is now the title sponsor of the Rocket Mortgage Classic, which is played at the historic Detroit Golf Club with proceeds from the event going toward the effort to close the digital divide in Detroit.

Rocket Mortgage moved its headquarters to downtown Detroit in 2010. Today, Rocket Mortgage and Rocket Companies employ 24,000 full-time team members nationwide. The company generates loan production from web centers located in Detroit, Cleveland and Phoenix and operates a centralized loan processing facility in Detroit. Rocket Mortgage ranked highest in the country for customer satisfaction for primary mortgage origination by J.D. Power for the past 11 consecutive years, 2010 – 2020, and also ranked highest in the country for customer satisfaction among all mortgage servicers the past seven straight years, 2014 – 2020.

Rocket Companies, Rocket Mortgage’s parent company, ranked #5 on Fortune’s list of the “100 Best Companies to Work For” in 2021 and has placed in the top third of the list for 18 consecutive years.