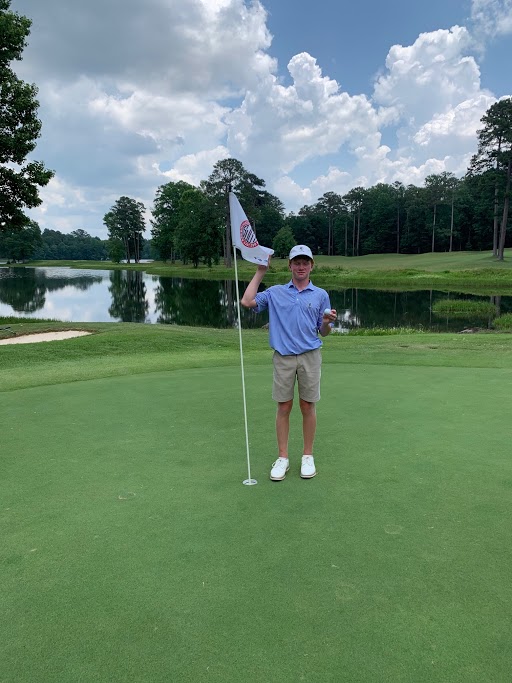 The Davis Love Foundation congratulates Ryan Pugh, a thirteen-year-old resident of Birmingham, Alabama, on making a hole in one on the par 4 #16 at RTJ Grand National Lake Course during the first round of the SJGT Grand National Junior Classic on Monday, June 13.  Pugh hit a 3 wood on the 250-yard hole.  He shot a 77 to end the round in second place.

Pugh has been a member of the Southeastern Junior Golf Tour (SJGT) since last year. “We are extremely fortunate to have young players like Ryan and other junior golfers compete on our tour,” said Todd Thompson, President of the SJGT and Tournament Director of The RSM Classic, an official PGA TOUR event held at Sea Island Golf Resort in southeast Georgia. “Our mission is to give junior golfers a chance to play competitive golf while building their resume for a potential collegiate golf career.  I join our partners Mizuno and Onward Reserve in congratulating Ryan on this most spectacular accomplishment.”

Pugh trains with Jordan Dempsey at TPC Sawgrass Performance Center.  The hole in one was witnessed by Parker Trawick and Camden Yager.