Ken is playing a tour prototype model Series 66i, which is a cavity back blade putter featuring the company’s patented Ultra-Low Balance Point (ULBP) technology. This particular putter has an extremely high moment of inertia attained by putting over 100 grams of tungsten in the extreme heel and toe.  Since putting the putter in play earlier this year, Ken has had four top ten finishes, has consistently been ranked in the top 3 in overall putting average, and has moved up to #34 in the Charles Schwab Cup Ranking. 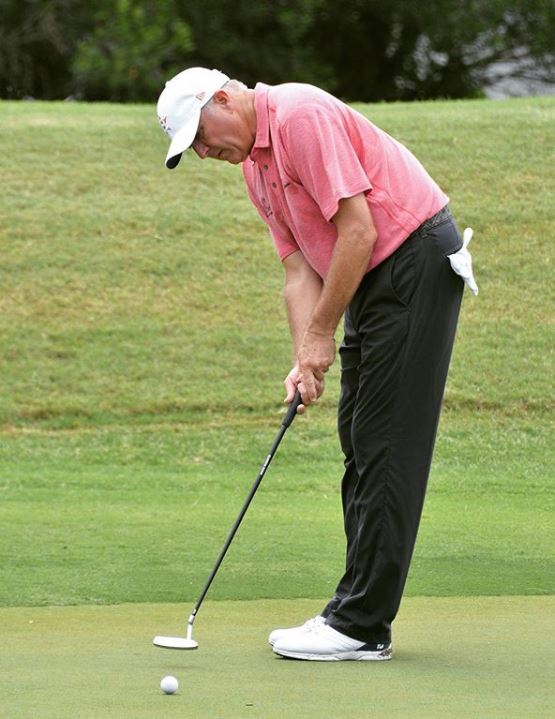 “This putter has an unbelievable feel,” commented Duke. “The speed control and the way the ball comes off the face when I hit it are incredible. I have a tremendous amount of confidence every time I stand over a putt.”

“We congratulate Ken on his outstanding T2 finish at the Sanford International,” said Rich Parente, Co-Founder of Sacks Parente Golf. “He’s been playing great this year and we thank him for trusting us and our ULBP technology. Ken has been instrumental in helping us develop our Series 66, which will be available later this year.”

“Our goal has always been to design putters that perform better than anything else out there,” added Parente. “We’re thrilled to see Ken’s hard work pay off and we appreciate his input as we continue to fine tune our 66i cavity-back blade putter design to ultimately help golfers make more putts and have more fun.”