Norcross, Ga. (February 18, 2020) – Byron Nelson Sportswear congratulates PGA Tour Champions ambassador Scott Parel for his victory at the Chubb Classic held this past weekend at The Classic at Lely Resort in Naples, Fla.

Parel, overcame a three-shot deficit Sunday and closed with an 8-under 63 to win the tournament by two shots over Bob Estes. Kevin Sutherland and Bernard Langer tied for third. Parel finished at 17-under 196, tying the tournament record. It was his 21st straight tournament round under par dating back to last season, which is the longest active streak on Tour.

Parel’s win vaulted him to a first place ranking in the year-long race for the Charles Schwab Cup. This is his fourth full-year as an exempt member of the PGA Tour Champions. 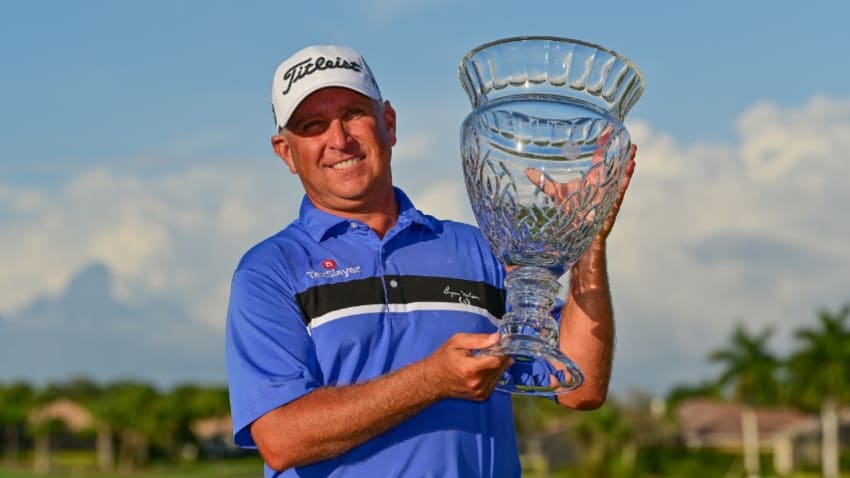 One of the most enduring sporting icons in the world, Byron Nelson summons thoughts of a true gentleman, sportsman, humanitarian and champion. It is the aim of Byron Nelson USA to be faithful to that legacy by offering apparel of superior styling and uncompromising craftsmanship.