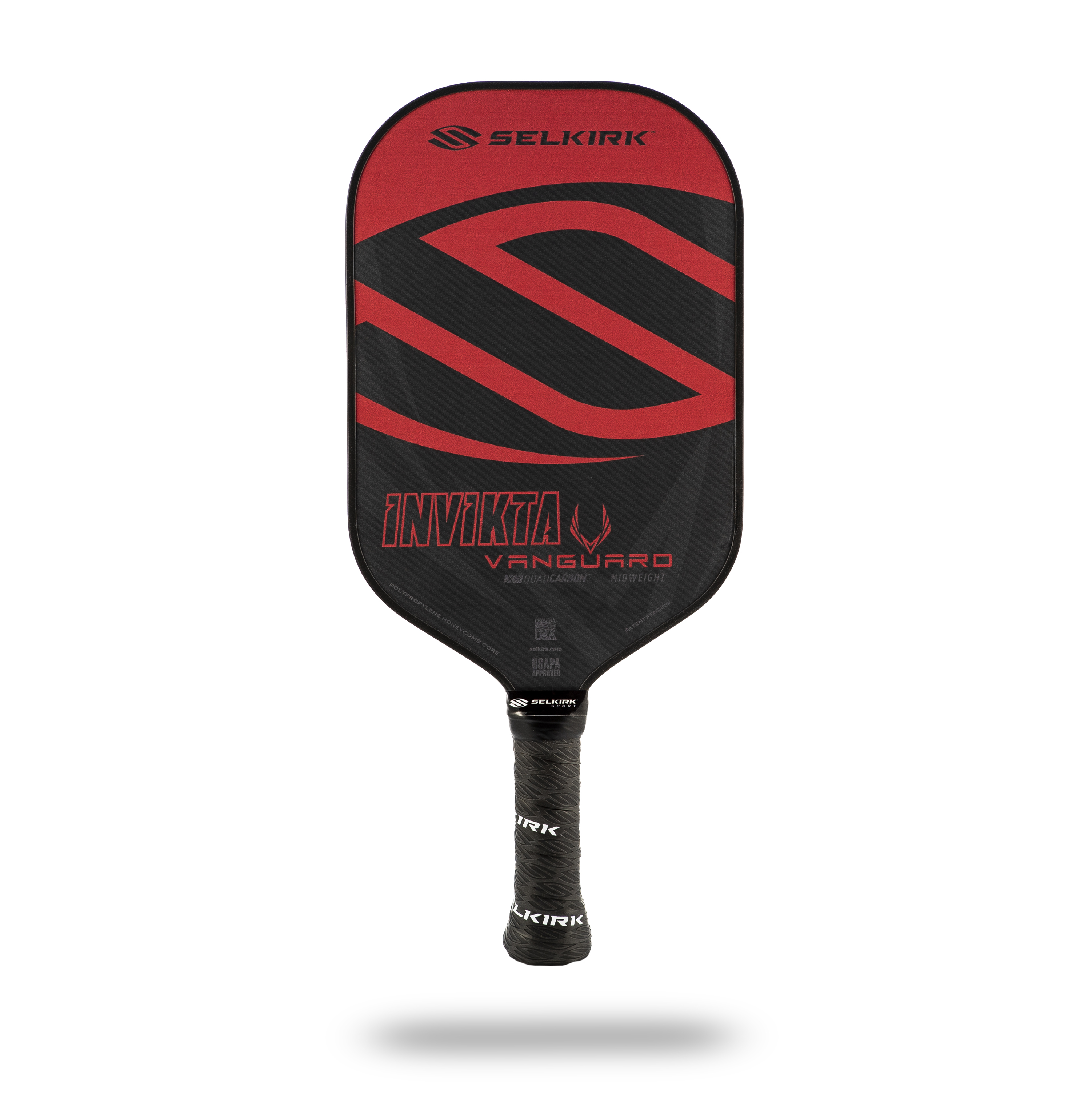 Hayden, ID – As country clubs and golf resorts across the country continue to incorporate pickleball programming into their line-up of activities, Selkirk Sport, the leading Pickleball paddle and accessories brand, announced the debut of the VANGUARD paddle – the most innovative Pickleball paddle ever developed.

The introduction of the VANGUARD paddle reinforces Selkirk’s commitment to push the paddle technology limits and establish a new industry standard in both recreation and professional Pickleball. Engineered with advanced materials, the VANGUARD is constructed with a proprietary QuadCarbon Face, which incorporates two layers of proprietary bi-directional, cross-weave carbon fiber technology on each side of the paddle and features an X5 Honeycomb Thick Poly Core, built for consistent speed, using advanced polypropylene honeycomb technology. The face and core work together to absorb the vibration from each hit and yield accelerated velocity. These innovative design elements deliver the ultimate shot-making consistency, accelerated ball velocity, an extra-large sweet spot for off center hits, maximum spin and the perfect feel. 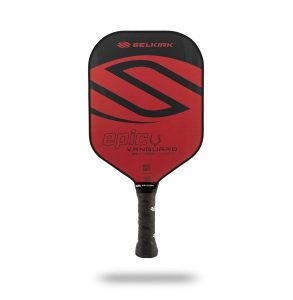 “VANGUARD was developed to deliver optimal speed and consistency, the two most critical performance attributes for any Pickleball player, and so much more” said Rob Barnes, Managing Partner, Selkirk Sport. “Following the most comprehensive R&D project in the history of our company and perhaps the sport, we integrated a proprietary QuadCarbon technology with X5 Honeycomb Thick Poly Core, effectively engineering a new product that amplifies the velocity of a ball accelerating off the paddle, while the extra-large sweet spot delivers consistent shot making on off center hits. It’s truly a game changer in the ever-growing Pickleball industry!”

Another unique feature of the paddle is Selkirk’s Geo Grip design, created exclusively for the VANGUARD paddle, which offers supreme comfort, enhanced wicking capability, improved traction, and premium style. Additionally, an Edge Sentry Edgeguard technology is handcrafted to achieve an unrivaled, well-balanced and durable paddle that is low profile and lightweight.

“The synergies between golf and Pickleball are evident, as we are seeing many PGA TOUR and LPGA TOUR stars, as well as premier golf instructors compete on the Pickleball court more often. Additionally, it’s great to see so many acclaimed golf resorts and country clubs across the country install Pickleball courts to complement their racquet sports programming.”

Selkirk’s VANGUARD is appropriately named after the term VANGUARD – “leading the way in new developments or ideas,” and aligns with the Selkirk’s commitment to invest in the growth of the sport by infusing the newest technological innovations that enhances shot making and improves performance.

Today, with more than 3.3 million professional and recreational players of all ages and skill levels, Pickleball continues to surge form coast-to-coast. Now, Team Selkirk’s elite line-up of professional athletes and brand ambassadors will both compete and teach the game equipped with the VANGUARD, which is 100% Made-in-the-USA at the family-owned Company’s manufacturing facility in Hayden, ID.

Available in three distinct models (Invikta, Epic and S2) suited for all styles of play, with midweight and lightweight design options, VANGUARD is offered in a crimson black color pattern with an SRP of $200. The VANGUARD is available for purchase at racquet sports specialty, sporting goods stores across the country and online at www.Selkirk.com.

Selkirk Sport, a Made-in-the-USA Manufacturer of Pickleball paddles and accessories, is a family-owned and operated company based in Hayden, Idaho, located in the shadows of its namesake, the Selkirk mountain range. Founded in 2014, Selkirk Sport is born off a passion for sport, as well as the great western outdoor leisure lifestyle that was afforded to the Company’s founders, Rob and Mike Barnes, along with their father Jim, who is Selkirk’s production manager. Backed by the philosophy of always pushing the limits, Selkirk Sport is committed to manufacturing products that deliver the highest performance with unmatched quality and service.  As part of their early success, Selkirk Sport was the very first Pickleball manufacturer to offer an unprecedented lifetime warranty on its high-performance products. And, to meet the demands of the game’s premier professionals, the Company developed low-profile edgeguards that are lightweight and extremely durable. In just three years, Selkirk Sport has become one of the industry’s fastest growing companies, and their paddles are used by many of the game’s premier players, such as Tyson McGuffin, Morgan Evans, Cammy MacGregor, Kaitlyn Christian and a host of others who are premier players, teachers and national/regional champions.

Pickleball was invented by three dads in 1965 as a way to entertain their children during summer. The families resided on Bainbridge Island, Washington. Congressman Joel Pritchard, Bill Bell, and Barney McCallum fashioned handmade equipment and based the simple rules on the existing sports of tennis, badminton, and ping-pong. Unlike Tennis, Racquetball and many other sports, Pickleball has a short learning curve; you don’t need months of lessons to participate in a fun game. It also is less running compared to Tennis. However, at the same time, it can be very competitive and addicting for all ages, as well as an excellent, fun family activity. Pickleball can be played as both a singles and doubles game, and can be played inside or outdoors, on a court that uses the dimension of a doubles badminton court, along with a modified tennis net.  A Pickleball court is 20’ x 44’ for both singles and doubles. The net is hung at 36” at the ends and hangs 34” in the middle. A non-volley zone – called the Kitchen – extends 7’ back from the net on each side.