Nearly 26 years after the death of fellow LPGA golfer Heather Farr, Val Skinner remains driven to eradicate the disease of breast cancer. For the 20th year, Skinner, current LPGA players and a host of supporters gathered to honor the memory of Farr and raise more than $500,000 for breast cancer education, research and awareness at the LIFE (LPGA Pros in the Fight to Eradicate Cancer) Event on Monday at Mountain Ridge Country Club in West Caldwell, NJ. The Val Skinner Foundation has now raised nearly $13 million.

Skinner named Farr, who died from breast cancer at the age of 28 in 1993, as the 2019 LIFE Hero and recognized Dr. Deborah Toppmeyer, chief medical officer at the Rutgers Cancer Institute of New Jersey, as a LIFE Champion for her ongoing dedication to treating breast cancer patients and working to eradicate the disease forever through education, research and prevention efforts. 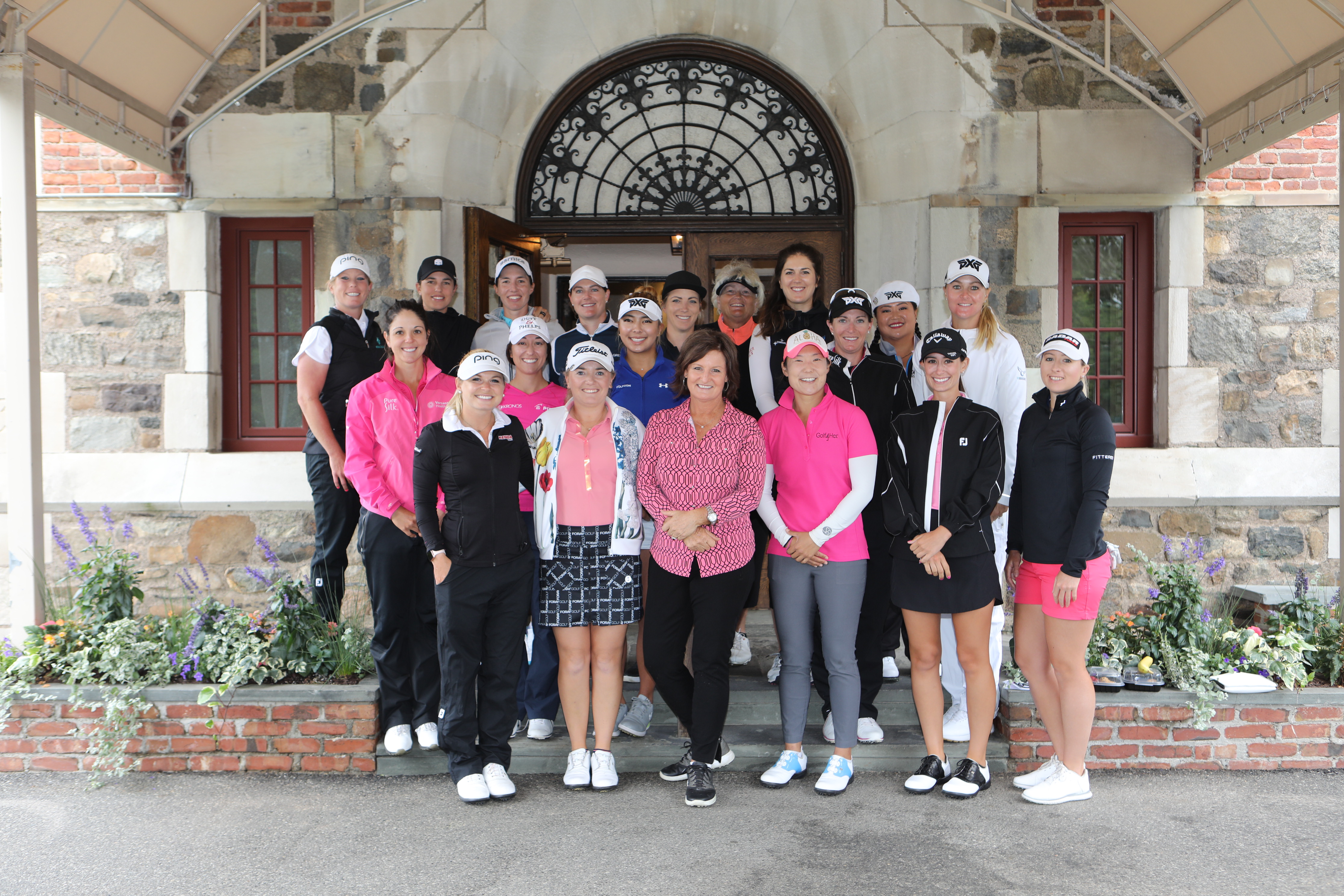 “I’ll never forget the impact that Heather had on all of us on the LPGA Tour,” said Skinner. “We just couldn’t believe someone so vibrant could be taken from us so soon. That has driven me – and my fellow LPGA pros – to be a part of finding a cure.

“I’m sure Heather would have loved Dr. Toppmeyer and their shared passion for life and a will to win,” added Skinner. “I’m honored to consider Dr. Toppmeyer a friend and to be able to see the impact she has daily not only working with breast cancer patients but looking to the future for cures to this insidious disease.”

“The Val Skinner Foundation has been a driving force in supporting the needs of young women with breast cancer and creating awareness about breast health.  For 20 years, Val’s dedication has resulted in the ability for the LIFE Center to offer enhanced clinical services, educational components and research support that touch the lives of so many. We at Rutgers Cancer Institute congratulate Val for her amazing work and are extremely grateful for her long time, continued support,” said Toppmeyer.

The Val Skinner Foundation LIFE Event is one of the largest single-day breast cancer fundraisers in the country. The foundation has served as a driving force in the development and implementation of significant awareness and education initiatives.

Skinner played on the LPGA Tour for 21 years, won six times and spent seven years ranked in the top 15 in the world. She is a member of three golf Halls of Fame and has received numerous awards for her philanthropy and advocacy for breast cancer research. In addition to overseeing her Foundation’s work, Skinner competes on the Legends Tour and worked for more than 12 years with the Golf Channel.

More information on the Val Skinner Foundation, LIFE Event and programs funded by the event can be found at www.valskinnerfoundation.org.