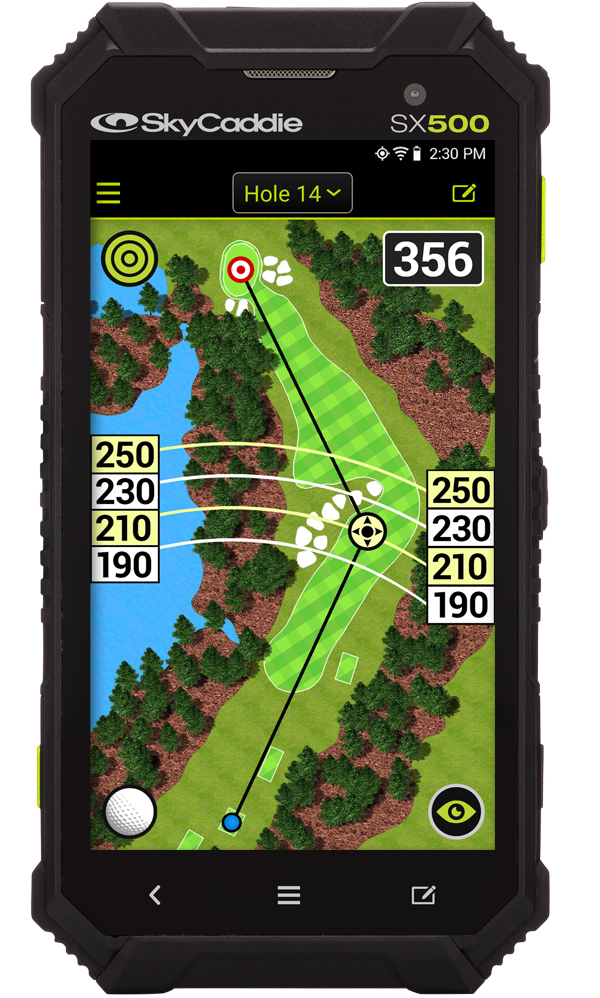 The new SkyCaddie SX500 is increasingly regarded as the sport’s most powerful distance measuring device. With Baker’s win, competitors using SkyCaddie SX500 have finished strongly in a Staysure Tour event for the second week in a row.

With five of the top ten finishers in the previous week’s Senior Italian Open also using the device, one third of the Top 15 players in the current Staysure Tour Order of Merit are SkyCaddie SX500 users.

Baker, a three-time European Tour winner who represented Europe in the 1993 Ryder Cup, was one of the first Staysure Tour competitors to start using a SkyCaddie SX500 in November of 2018.

“I used my SkyCaddie SX500 frequently this weekend in France” said Baker, who is Head Professional at The South Staffordshire Golf Club near Wolverhampton. “From the tee I used it to work out layup and carry distances, particularly when bunkers or water are in play. And with the day’s pin positions entered into the SX500, it is also great for distance control as regards shots to the green. I use the SkyCaddie to pick the right spot to land the ball on the green – it shows me what’s short of the pin and what’s beyond it too.”

The Staysure Tour heads to the U.K. next, with the Farmfoods European Legends Links Championship starting on June 21st at Trevose Golf & Country Club in Cornwall. The event is hosted by Ian Woosnam, who is another SkyCaddie SX500 user.

“We congratulate Peter on his brilliant victory. It’s thrilling to see Europe’s best golfers turning to the SkyCaddie SX500 for their yardages under intense tournament conditions,” said Jacqui Surman, SkyGolf Senior VP and COO. “That indicates a high level of trust in our course data and validates our policy of always creating and updating every golf course map on foot.”

“It’s not just tour pros who are changing their habits. More and more amateur golfers throughout the world are now realizing that the SkyCaddie SX500 is much more powerful than a laser out on the golf course.”

The SkyCaddie SX500 makes a great Father’s Day gift. For a limited time, save $50 instantly on a new SkyCaddie SX500. For more information, visit www.skygolf.com.