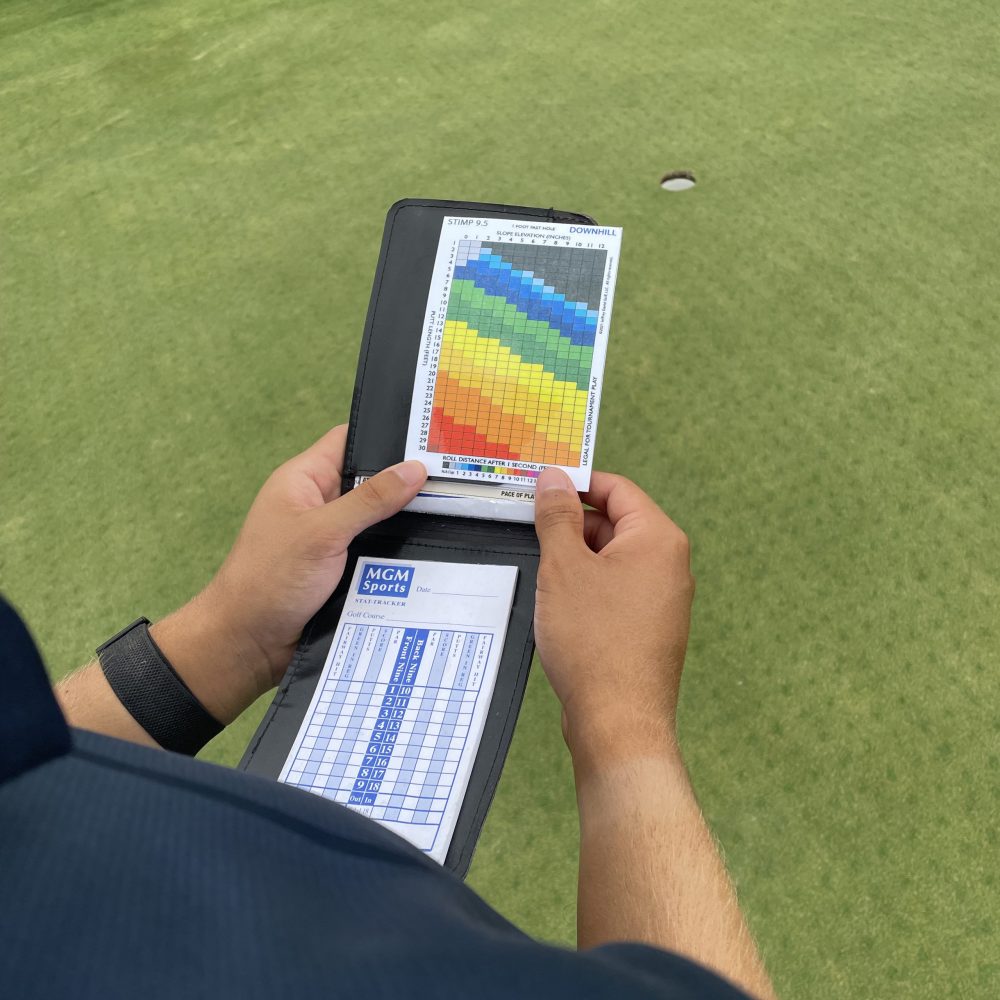 Melbourne, FL –  A lot was on the line Sunday at the PGA Tour season-ending Wyndham Championship.  A  six-way playoff proved costly for some players but in the end, it was a huge pay-day and a fourth PGA Tour win for Kevin Kisner who sank a four-footer on the second playoff hole for the victory at Sedgefield Country Club. The win moved Kisner into the top 30 in the FedEx Cup Playoffs, that begin at The Northern Trust, August 19-22.

Masters champion Adam Scott had a chance to win on the first playoff hole at The Wyndham, but missed a 4-footer for birdie. The presumptive victory was in Scott’s hands after Si Woo Kim drained a similar 4-footer just inches away from Scott’s ball for 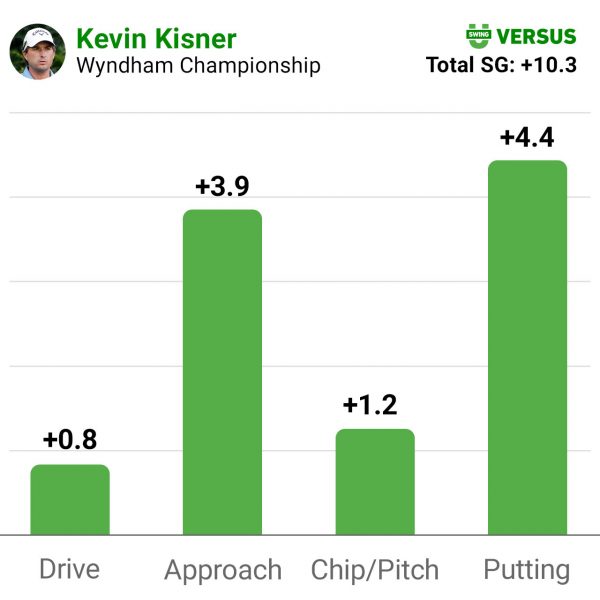 par.However, Scott, after rechecking the slope with his fingers and feet, his yardage book and his greens book, seemed to lack confidence in the moment and ultimately missed the relatively straight putt.

“I’m stunned,” said CBS Golf Analyst and six-time major champion Nick Faldo after Scott’s putt grazed the left edge. “That was a easy a read as it gets.”

Making putts under pressure is tough even for the world’s best players.  Statistics show that a PGA Tour player must be at least 16 shots under the cut line (on average) to win on the PGA Tour, converting at least four birdie chances a round.  Kisner gained 4.4 strokes on the field at the Wyndham Championship. Understanding how to visualize both the speed and the line is the key to becoming a strokes gained, winning putter.

Now there is a breakthrough speed and distance control putting system that can help golfers of all skill levels dramatically improve their putting by eliminating those dreaded 3-putts and making 4-footers feel like gimmes, not pressure cookers.

Slopegraide and Roll Maps help build a golfer’s visualization skills while creating the trust and confidence in reading and making putts more consistently. 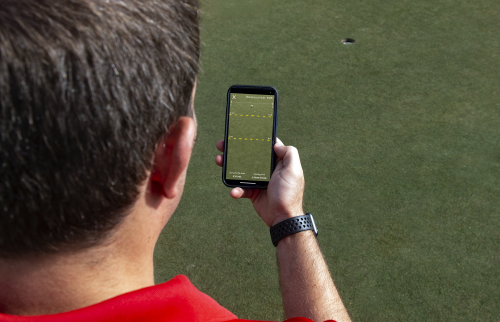 Slopegraide is an iOS and Android app that works with a GPS sensor that attaches to your waist and provides real time green reading, speed, and distance control training on your mobile device.  As you stand on a sloped part of a putting green facing thehole, your hips naturally tilt down the slope creating a lower body sensation that allows you to feelthe slope. The sensor uses your lateral hip tilt to calculate the slope of the green from where you are standing.  In seconds, the app displays a reference point showing you exactly where to aim your putt.

“Slopegraide is the only putting training device that quantifies and provides in real time whether or not your green reading is correct, said Jeff Mocini, founder and inventor of Slopegraide. “That frees up a golfer mentally to make a solid, more confident putting stroke every time.” 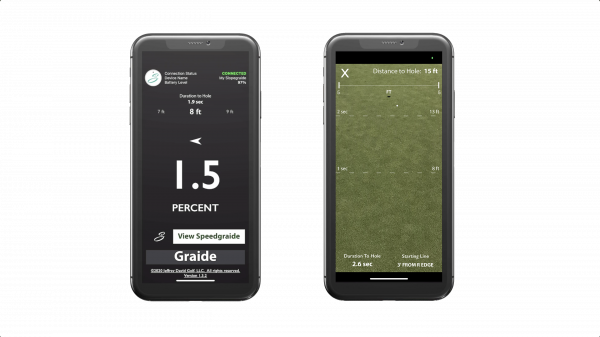 speed to the hole. The app can be adjusted from 6 to 15 on the Stimpmeter. There is also an Instructor Mode which interprets the slope direction when worn on the back of the user’s mid-section.  Slopegraide is a digital training device and is not allowed in competition.

Building on the success of the Slopegraide putting app, the company recently launched Roll Maps. Roll Maps are multi-colored, green speed, reading cards that are allowed under the Rules of Golf and can be used in competition.

Each double-sided 3.75” x 5.5” card shows a speed grid for uphill putts and downhill putts.  To start, determine the distance of your putt and the amount of slope. The multi-color grid will show the amount of feet the ball must travel after counting one second (“one one-thousand”).  Putt to the one second spot on your intended start line and you will quickly see and learn how to judge the correct speed for every putt.

The complete set of 19 waterproof and tearproof Roll Map cards includes a Quick Guide as well as green speeds from 6 to 15 on the Stimpmeter. Golfers can choose their speed preference to have putts die in the hole (conservative) or run past up to 1.5 feet (aggressive).

“The most common and costly scoring mistake for most golfers is determining the correct speed when putting,” said Mocini. “Roll Maps will give you the confidence to sink more 10-15 footers and that makes golf really fun!”

About Slopegraide and Roll Maps

Slopegraide, manufacturers of the Slopegraide app and Roll Maps, is a veteran owned business based in Melbourne, Florida.  Our products are built, assembled and tested in the USA.  Simple and easy to understand video tutorials are available on our website @ www.slopegraide.com. 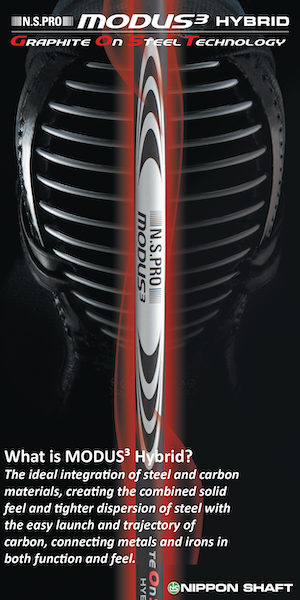