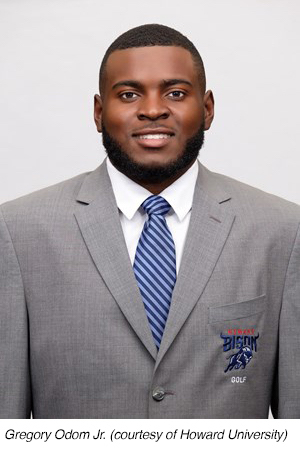 Melbourne, FL – Slopegraide ambassador and Howard University senior standout Gregory Odom Jr. has accepted one of the four unrestricted sponsor’s exemptions to compete in this week’s Wells Fargo Championship at TPC Potomac at Avenel Farm in Washington DC. Odom will compete as an amateur in his first PGA Tour start.

“My initial reaction to securing this exemption was a heartwarming feeling.” said Odom.  “A feeling knowing that I’m one step closer to my goals.”

Gregory has made big strides in his game this season during his final season at Howard University.  Recently, he led his team to the Mid-Eastern Athletic Conference championship and received honors as the tournament medalist.

He has also qualified for a spot in the Ontario Open by finishing third at the Golf Coaches Association of America Championship this past November, a PGA Tour Canada event that will take place this coming July.

“I’ve seen a huge improvement in every aspect of my game since last season, however my biggest improvement in my game has been strengthening my mental toughness.” Odom said.

Odom became a Slopegraide ambassador at the beginning of his senior season and has given credit to Roll Maps, the optimal putt speed charts that are legal for use in tournament play, for gains in his putting.

“When playing golf competitively, you’ll run into different types of greens and green speeds week in and week out.  Being able to use Roll Maps in my practice sessions and collegiate tournaments has created a lot of confidence for me on the greens.”  Odom said.  “I felt it was very hard to adjust to different conditions on the greens before, but now Roll Maps has helped me find my way to the biggest stage in golf.” 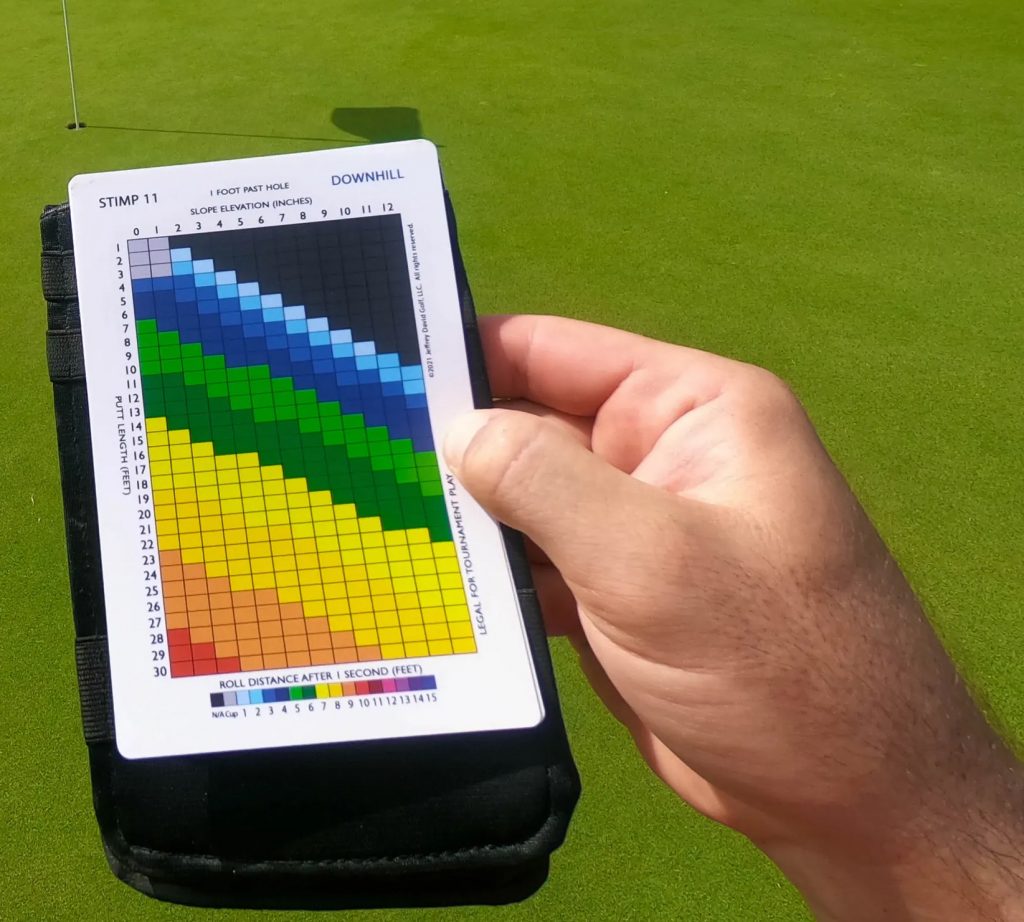 Each set of Roll Maps contains 19 unique color-coded charts for every green speed between 6 and 15 on the Stimpmeter. Each chart is double-sided and supports putts up to 30 feet, one side for uphill putts, and one side for downhill putts.

Each color on a Roll Maps chart represents a distance traveled after rolling on the green for 1 second after the putt is struck.  This information helps golfers visualize the initial rolling speed necessary to create the optimal rolling speed for holing a putt.

The newest update in the Slopegraide iOS app provides a new training mode for users of Roll Maps, so they can be accustomed to how to use them effectively, whether on the practice green or out on the course.

“We could not be prouder of Gregory and everything he has accomplished this season” said Jeff Mocini, the Founder of Slopegraide and Roll Maps.  “Our mission from day one has always been to provide solutions and technologies that help create breakthroughs in golf, no matter at what level.  Having a member of our team get an opportunity to play in a PGA Tour event is truly special.”

Slopegraide, manufacturers of the Slopegraide app and Roll Maps, is a veteran owned business based in Melbourne, Florida.  Our products are built, assembled and tested in the USA.  Simple and easy to follow video tutorials are available on our website at www.slopegraide.com.