Jim McLean, CEO of the Jim McLean Golf School, became a professional golfer in 1973 and toured for two years. Jim won the Westchester PGA Championship during his time as a head professional in the Metropolitan Section. He also won the National Skins Game in Palm Springs California. In 1991 he became the Director of Golf at Doral Resort in Miami Florida and opened the top ranked Jim McLean Golf School. 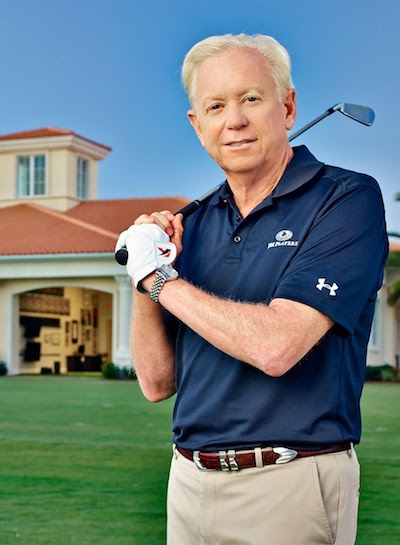 “Jim McLean is an icon and thought leader in the area of golf instruction,” said Robert Winskowicz, SQAIRZ founder and CEO. “Over his long and successful career as a prolific author, architect, worldwide speaker, club designer, and motivator Jim has brought his innovative thinking to many facets of the game of golf. To see him excited by the technology in SQAIRZ is incredibly humbling. When Jim called me to tell me how much he loved his SQAIRZ shoes it was a moment that I’ll never forget. Our company is deeply honored to have Jim McLean as a brand ambassador and partner.”

When asked why he partnered with SQAIRZ Jim replied, “With a huge staff working at the Jim McLean Golf Schools we’ve obviously tried every golf shoe out there but none of them have ever facilitated the key fundamentals of the golf swing like SQAIRZ do. I’ve taught power my entire career and wrote The X Factor, SQAIRZ technology helps to create the movements that create power. I decided to partner with SQAIRZ because I’ve seen firsthand how they can make a difference by providing better balance and stability; a necessity for consistency and generating power.  Providing a golf shoe focused on improving the key elements of the swing and ground force is long overdue.”