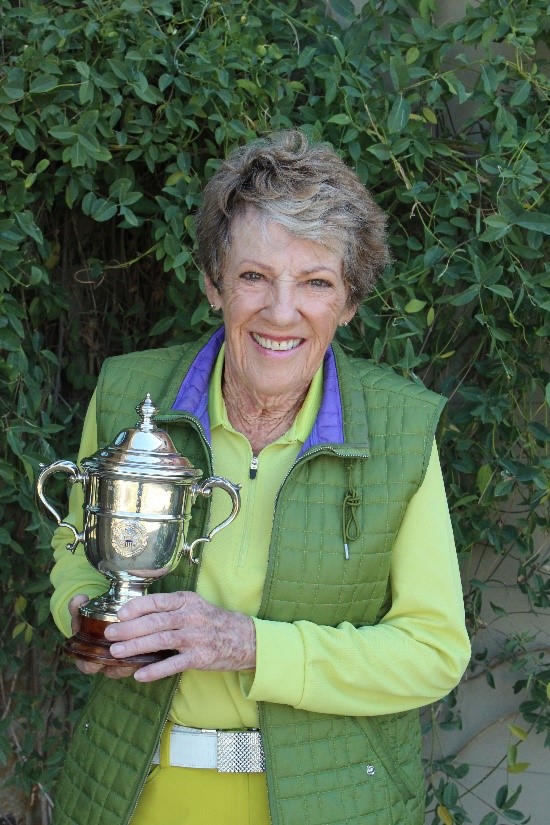 Longtime instructor in exclusive company in Class of 2021

INDIAN WELLS, Calif. – Four-time major champion Susie Maxwell Berning, a treasured golf instructor-in-residence at The Reserve Club since its inception in 1998, has been selected as an inductee in the World Golf Hall of Fame, Class of 2021.

“Susie embodies every characteristic of a Hall of Famer: exceptional skill, integrity and passion, and is dedicated to the sport and professionalism of golf,” said Bill Lane, Club President at The Reserve.  “Her vast playing and teaching expertise is exceeded only by the personal attention she provides, enriching each lesson or playing experience. We are most fortunate she shares her time with members, and we are thrilled she has been elected to the World Golf Hall of Fame.” 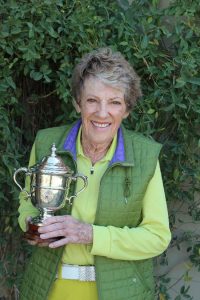 “Susie embodies every characteristic of a Hall of Famer: integrity, exceptional skill set, passion and dedication for the sport and professionalism,” said Bill Lane, Club President at The Reserve.  “Her vast playing and teaching expertise is exceeded only by the personal attention she provides, enriching each lesson or playing experience.”

Berning began playing golf at the age of 15 and won three-straight Oklahoma State High School Golf Championships. She was the first female to be offered a golf scholarship from Oklahoma City University and played on the men’s team.  After becoming an LPGA professional in 1964, she earned the Rookie of the Year title. Throughout her career, she won 11 times including an impressive four Majors – the 1965 Women’s Western Open and the U.S. Women’s Open three times in 1968, 1972 and 1973. She is one of only four women to win the U.S. Women’s Open three or more times, and the first to accomplish this while juggling a family.

For the past 20 years, Susie has been an LPGA Teaching Professional at The Reserve Club and has become an integral part of The Reserve family.

Berning joins Tiger Woods, Marion Hollins and Tim Finchem in the induction class of 2021. The four Inductees will bring the World Golf Hall of Fame Member total to 164.

She is the recipient of the 2018 LPGA Pioneers award for her contributions to the game and was recognized during the LPGA’s 50th Anniversary in 2000 as one of the LPGA’s top-50 players and teachers.

Berning has two daughters, Robin Doctor and Cindy Molchany. She was one of just a few LPGA players who traveled with children in the 1970s, driving a motorhome across the country to tour stops.

The Reserve Club is an exclusive, environmentally responsible golf and residential community. The Reserve’s 700 acres includes its prized 18-hole course – plus three Trophy Holes – occupying one of the last great expanses of native desert landscapes designated for golf in the Coachella Valley. Designed by Weiskopf and Jay Moorish, the course’s greatness is defined by the natural flow of the land, from rugged outcroppings and ridges to picturesque canyons nestled into the surrounding Santa Rosa Mountains.

For more information about The Reserve Club, call (760) 674-2239 or visit www.thereserveclub.com

This premier golf and social residential community stands as a monument to the marriage of natural beauty and a healthy and vibrant lifestyle. Creating a one-of-a-kind luxury living experience and private club, The Reserve also maintains focus on preserving its 700 acres, one of the last great expenses of native desert landscape in the Coachella Valley. The Reserve Community’s homes are in harmony with the desert landscape, with stunning views of the Santa Rosa, San Jacinto, and San Bernardino mountain ranges. The Reserve’s championship Tom Weiskopf-Jay Morrish-designed golf course meanders through rugged rock outcroppings, ever changing elevations, and desert foliage with surrounding mountain ranges providing a striking backdrop. The Club Village includes the Clubhouse, Lakehouse, Fitness Center, and Golf Shop. Whether playing golf, dining, socializing, attending a vast array of events, enjoying sensational views from the patios, reading in the library, volleying on the tennis courts (both clay and hard court), playing pickleball, exercising, practicing yoga with our experienced trainers, being pampered with spa services, relaxing poolside at the Jr. Olympic size pool on a sun-drenched day, or enjoying hiking and walking trails, The Reserve provides the complete club lifestyle. www.thereserveclub.com