Watch the Trailer for The Golf Fix HERE

ORLANDO, Fla.  – Television’s most popular instructional series ever is getting a new life on GolfPass, with today’s premiere of The Golf Fix, featuring new host Devan Bonebrake.

A slate of 20 episodes are on tap for the series’ comeback season, each streamed on-demand and designed to help viewers overcome golf’s most common swing faults. As one of golf instruction’s rising stars, Bonebrake’s mission is to help increase golfer IQs, while delivering instruction in a thoughtful, high-energy and entertaining fashion.

The first season of the returning series will feature a new episode of The Golf Fix each night this week through Friday, July 2, with the premiere of subsequent episodes streaming each Monday through Oct. 11.

“Stepping into this role has been an exciting ride and I’m honored to be a part of the team,” Bonebrake said. “The Golf Fix broke a lot of ground in its day and there’s a lot more to come on GolfPass. I think we’ve done a great job of resurrecting that initial momentum and then putting our own, modern stamp on the series that will resonate with today’s golfers.”

Bonebrake has appeared on GOLF Channel more than 30 times and his instruction has regularly appeared in golf’s top publications. He has worked extensively with many of golf’s most-renowned coaches, including Mike Bender, Jim Flick, Jim Hardy and Hank Haney, but credits mentor Jim McLean for having the biggest influence on his teaching style and business acumen. While working with McLean, Bonebrake taught notable pros, such as Keegan Bradley, Lexi Thompson, Len Mattiace and Erik Compton. Currently, Bonebrake spends the majority of his time in Southern California, as Director of Instruction at Rolling Hills Country Club in the Los Angeles-area and owner of the Southern California Golf Academy in Carlsbad, where he has helped dozens of junior golfers earn scholarships at colleges and universities nationwide.

The Golf Fix attracted a large following of viewers during its initial run with original host Michael Breed on GOLF Channel from 2009-2017. The new series retains many of the same members from its original production team who are excited to build on the show’s historical success with new concepts, ideas and production techniques of their own.

“Viewers are going to love this new concept for The Golf Fix,” said Justin Tupper, senior vice president of Content & Strategy for GolfPass. “You can get video instruction just about anywhere these days, but I believe our experience and resources gives us a clear advantage and the ability to deliver a finished product that can’t be matched.” 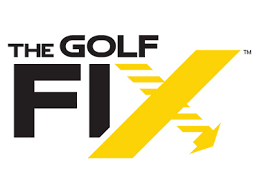 The Golf Fix is produced on location at Lake Nona Country Club in Orlando, Fla., which features one of the most-outfitted golf performance centers in the country. Producers have access to the latest teaching technology and equipment, as well as Lake Nona’s 18-hole, championship golf course and driving range, which recently hosted the 2021 Gainbridge LPGA golf tournament and is a favorite of the countless professional golfers and athletes that call Lake Nona home.

Kevin Schultz, GolfPass senior director of instruction and who also served as the producer for the original series, said the outdoor location also provides the opportunity for a variety of production enhancements, including the use of Toptracer on virtually every shot, as well as more graphic illustrations.

“Golf is an outside game,” he said. “People love seeing the ball travel in flight, and being outdoors we can hit longer shots, longer putts and actual bunker shots … being outside gives us the freedom to hit every kind of shot we want.”

The Golf Fix is the latest addition to the vast instruction library on GolfPass, which also features Bonebrake’s earlier series, Breaking Down Your Practice Routine. Other series feature top instructors, including Martin Hall, Chris Como, Michael Bannon, Martin Chuck and Andrew Rice, as well as golf fitness expert Don Saladino. This variety of instructional content is part of the expansive library of videos available exclusively as part of a GolfPass membership, which also includes originals like The Conor Moore Show, Lessons with a Champion Golfer, My Daily Routine, My Roots, and more. Developed in partnership between global golf superstar Rory McIlroy and NBC Sports Group, GolfPass is designed for today’s golfer and is the only digital golf membership that delivers exclusive content and comprehensive benefits designed to help every type of golfer – from beginner to expert – play more and better golf. A GolfPass membership is available in North America at GolfPass.com, in the U.K. and Republic of Ireland at GolfPass.co.uk, and in Australia at www.GolfPass.com.au. The GolfPass membership also is available via connected TV, iOS and Android apps.