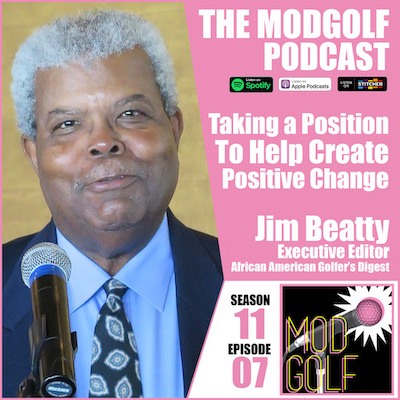 “I’m fueled by the fact that so many people came before me like Charlie Sifford, Lee Elder, Althea Gibson, Teddy Rhodes, Renée Powell. What they had to endure makes what I’m doing just not that hard. It’s time consuming true, but I have to take the next steps and recognize the great people. People that blazed a trail – both black and white – that stood up, took a position, maintained it and created change.” Jim Beatty, Executive Editor with African American Golfer’s Digest joins us to share how he is helping make golf more welcoming and equitable for minorities and under-represented communities.