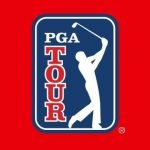 PGA TOUR, and NBC Sports Group announce live streaming of every shot during THE PLAYERS Championship in 2020

For the first time ever in golf, every shot by every player will be live-streamed from a full-field tournament when THE PLAYERS Championship returns to TPC Sawgrass, March 12-15, allowing fans to follow any player in the elite field, all four rounds.  All of this revolutionary coverage will be available to PGA TOUR LIVE subscribers on either NBC Sports Gold or Amazon Prime Video Channels.

“The PGA TOUR is the most content-rich sport on the planet and we have been focused on expanding the amount of content we bring to our fans from our competitions,” said Rick Anderson, Chief Media Officer for the TOUR.  “Our vision is to bring every shot in every PGA TOUR golf tournament live and on-demand to our fans, and this is the first step to making that happen.”

PGA TOUR Entertainment and NBC Sports Group will accomplish the monumental task of showcasing more than 32,000 shots over 72 holes from a starting field of 144 – live – by utilizing nearly 120 cameras positioned throughout THE PLAYERS Stadium Course, with each group having its own dedicated stream.

“Every shot of THE PLAYERS on PGA TOUR LIVE is a natural next step in the innovative partnership between NBC Sports and the PGA TOUR that spans nearly 60 years,” said Mike McCarley, president, GOLF, NBC Sports Group. “Super-serving golf fans with more comprehensive coverage of THE PLAYERS is emblematic of our commitment to elevating this championship and builds upon our success in adding enhancements to PGA TOUR LIVE on NBC Sports Gold.”

PGA TOUR LIVE already has expanded its coverage for the 2019-20 PGA TOUR Season by adding early round featured groups coverage from seven events between September and December. This includes, for the first time ever, live streaming of “featured matches” all four days of competition from the upcoming Presidents Cup at The Royal Melbourne Golf Club in Australia (December 12-15, 2019).

All told, approximately 140 hours of additional live content is available, bringing more than 1,100 total hours to subscribers and extending live content across each month of the calendar year. With NBC Sports Gold and Prime Video Channels being available on dozens of connected devices such as Amazon Fire TV, Roku, Apple TV, and Chromecast, connected device consumption has spiked to about one-third of total minutes in 2019.

Further, the PGA TOUR will be launching an all-new TOURCast product that will allow fans to follow every shot from each group with a beautiful 3D rendering of the golf course and shot trails.  The new TOURCast platform will also include deep access to the PGA TOUR’s ShotLink powered by CDW data, as well as video clips of every single shot available for fans to see, on demand.  The launch of TOURCast at THE PLAYERS will mark the start of every event in the PGA TOUR Season through the FedExCup Playoffs being offered on the platform. TOURCast will be available on the PGA TOUR’s mobile apps and website.

“Since the launch of PGA TOUR LIVE four years ago, fans have consistently asked when they would be able to watch every shot of every player’s round live as it happens.  We are thrilled to be able to do this for the first time at THE PLAYERS Championship in 2020,” said Luis Goicouria, the TOUR’s Senior Vice President of Media.  “THE PLAYERS Championship has long been the tournament where the TOUR debuts the newest technology, including LIVE@ 17, our first Virtual Reality experience, and the PGA TOUR Augmented Reality iPhone app, just to name a few.”

TOURCast, which originally launched in 2003 as a state-of-the-art graphical scoring platform that provided unprecedented tournament coverage, won an Emmy in 2005. “We’re very excited to bring back a greatly enhanced version of it to a new generation of fans, utilizing the latest technology and data,” Goicouria added.

From the historic competition to an iconic golf course with an unparalleled fan experience, THE PLAYERS is uncompromising in its pursuit to deliver the best. The 144-player field represents the strongest collection of players assembled each season, competing on Pete Dye’s masterpiece, THE PLAYERS Stadium Course, that favors no single style of play and demands excellence in every facet of the game.

THE PLAYERS also was the first tournament conceived with the fan as its focal point. From the original design incorporating viewing mounds, to embracing change to deliver the best experience in the modern game, THE PLAYERS provides the highest expression of hospitality and entertainment. Morgan Stanley, Grant Thornton LLP and Optum are the exclusive Proud Partners of THE PLAYERS.

The PGA TOUR, headquartered in Ponte Vedra Beach, Florida, co-sanctions more than 130 tournaments on the PGA TOUR, PGA TOUR Champions, Korn Ferry Tour, PGA TOUR Latinoamérica, Mackenzie Tour-PGA TOUR Canada and PGA TOUR Series-China. Members on the PGA TOUR represent the world’s best players, hailing from 29 countries (93 members are from outside the United States). Worldwide, PGA TOUR tournaments are broadcast to 226 countries and territories in 23 languages. Virtually all tournaments are organized as non-profit organizations to maximize charitable giving. In 2018, tournaments across all Tours generated a record $190 million for local and national charitable organizations, bringing the all-time total to $2.84 billion.