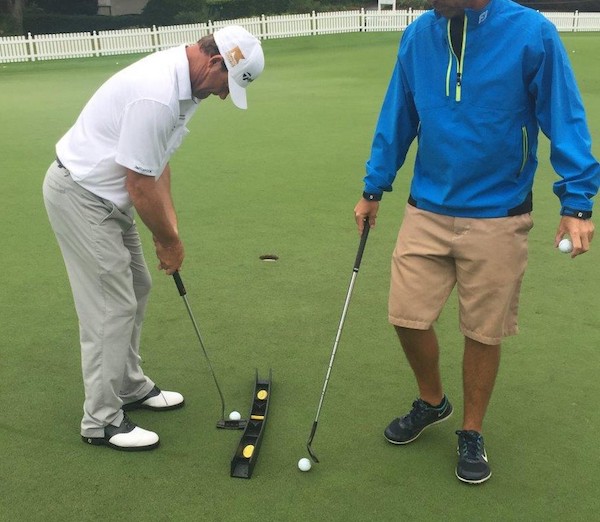 Congratulations to Alex Cejka for his four shot win and his second PGA Champions major in a row at the KitchenAid Senior PGA Championship, held at historic Southern Hills in Tulsa, OK.

Congratulations also to Ally (McDonald) Ewing for her 2 and 1 win over Sophia Popov in the finals of the Bank of Hope LPGA Match-Play at beautiful Shadow Creek in Las Vegas, NV. Ally made several clutch putts coming down the stretch and a great short putt to close out the match for her second win this year.

Get your junior golfer their own Putting Arc and start them on the path to a pro-quality, on-plane putting stroke like most of the pros now use.