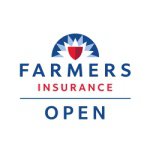 Tickets on sale now for the January 22-26 tournament at www.FarmersInsuranceOpen.com

Tiger Woods will get his first chance at setting the all-time record for PGA TOUR wins when he tees it up at the 2020 Farmers Insurance Open. Woods has committed to play this year’s tournament, scheduled for January 22-26 at Torrey Pines Golf Course, the Century Club of San Diego announced today.

At 82 wins, Woods needs one more victory to move ahead of World Golf Hall of Famer Sam Snead as the PGA TOUR’s all-time winningest golfer. Beginning his 2020 campaign at Torrey Pines, he’ll be chasing the record in a tournament he has won seven times and on a golf course where he owns eight professional wins.

Currently No. 7 in the Official World Golf Ranking, Woods enters 2020 riding an incredible wave of momentum over the last 16 months. After being limited by back injuries to just two tournaments in the span of more than two full calendar years, Woods broke a winless stretch of more than five years when he captured his 80th career victory at the 2018 TOUR Championship. He followed that up by winning the 2019 Masters for his 15th major championship and his first major title since the 2008 U.S. Open at Torrey Pines.

In October, Woods matched Snead’s all-time record of 82 career victories with his win at the ZOZO Championship near Tokyo, and his appearance at the Farmers Insurance Open will mark his first official PGA TOUR start since then. He also led the United States team to a 16-14 victory in the Presidents Cup in December at Royal Melbourne Golf Club, serving as a playing-captain and winning all three of his matches.

“The fact that Tiger will have his first opportunity to set the all-time record for PGA TOUR wins at the Farmers Insurance Open is truly fitting,” said Century Club of San Diego CEO Marty Gorsich. “Tiger has had such remarkable success here, dating back to his eighth career victory when he won this tournament for the first time in 1999. What he has done since returning from his back injuries has been great for the game of golf, and we are excited to welcome him back for a fourth consecutive year.”

Woods joins a strong list of early commitments that currently includes 16 of the top 50 players in the Official World Golf Rankings and 20 players among the top 30 in the 2019-20 PGA TOUR FedExCup points standings. There are also nine past Farmers Insurance Open winners committed (including the last 10 straight), as well as 11 players who have accounted for 33 major championship victories. San Diego products committed to the Farmers Insurance Open include Rickie Fowler, Jamie Lovemark, Phil Mickelson, Pat Perez, Xander Schauffele and J.J. Spaun.

The field is not final until the commitment deadline on Friday, Jan. 17 at the conclusion of play in that week’s tournament. Click here to view notable player commitments.

Tickets for the 2020 Farmers Insurance Open are now on sale and can be purchased at https://www.farmersinsuranceopen.com/tickets-parking/. Adult grounds tickets start at $50, with upgraded VIP tickets starting at $90. With venues selling out last year and prices increasing on January 13th, fans are encouraged to buy in advance. Discounted tickets are available for seniors, veterans, and youth 13-17. Grounds tickets are complimentary for active duty military, reservists, retired military and their dependents. Kids 12 and under are admitted free with a ticketed adult, with a maximum of four kids per adult.

In addition to attracting some of the biggest names in the sport, the 2020 Farmers Insurance Open will also feature an array of specialty food and drink offerings showcasing San Diego flavor and venues to entertain the 100,000-plus spectators who attend the four-day tournament.

Areas open to the public include the Grey Goose 19th Hole, which will feature an elevated viewing deck that provides panoramic views of the course and specialty drinks including the signature cocktail, the “Torrey Breeze.” Other public areas of interest include Funner at 15 where, fans can enjoy specialty food offerings, happy hour specials starting at 3 p.m. Friday and Saturday, and a DJ as part of the Post Party presented by Harrah’s Resort SoCal. Fans can also enjoy ocean and golf views while sitting at picnic tables in the Michelob ULTRA Zone.

ABOUT THE FARMERS INSURANCE OPEN

The Farmers Insurance Open will be played January 23-26, 2020 at historic Torrey Pines Golf Course, host site of the 2008 and 2021 U.S. Opens, and the tournament consistently attracts a world-class field. This is the 68th year that a PGA TOUR event has been held in San Diego, beginning with the San Diego Open in 1952. The 2020 tournament also marks the 53rd time the event is being held at Torrey Pines Golf Course, and the 11th year of Farmers Insurance sponsorship of the tournament. For more information, please call (858) 886-4653 or visit www.FarmersInsuranceOpen.com.

ABOUT THE CENTURY CLUB OF SAN DIEGO

Composed of more than 50 local business leaders, the Century Club of San Diego is the 501(c)(3) organization that plans and hosts San Diego’s PGA TOUR event, the Farmers Insurance Open. Since 1961, the Century Club has been dedicated to utilizing the annual tournament to maximize support for local charities, schools and military families through funding and in-kind programs as well as to economically benefit the city.