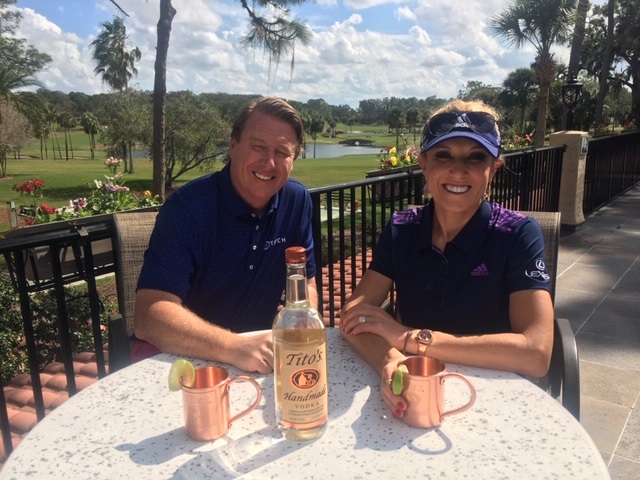 Glen Ellyn, IL, August 4 – Jimmy Hanlin, along with Natalie Gulbis, will shoot an episode of his award winning 18 Holes TV show at the Tito’s USGC Major August 17-18 at Geneva National Golf Club in Lake Geneva, Wisconsin.
In addition, a radio/podcast show hosted by Biggs Golf Talk will be covering the entire event. This weekly broadcast can be heard on Saturday mornings at 9 AM CST. They can be heard on Spotify, iHeartRadio and Alexa devices to name a few.

Along with the golf, players will be treated to a Friday night pairings party, Tito’s cocktails throughout the weekend, food, trophies, prizes and more.

The top 30% of teams in each flight will qualify for and be invited to the United States Golf Challenge (USGC) National Championship at Legends Golf Resort in Myrtle Beach, SC, September 12-14, 2019.

In addition, the TOP 2 TEAMS in each flight will win a FREE team entry into the USGC National Championship, a $950 value.

Flight winners at the USGC National Championship will earn a spot on Team USA at the International King’s Cup and win an expense paid trip to play against an International field at Castlerock Golf Club in Northern Ireland in May of 2020!

About the USGC™ – The United States Golf Challenge (USGC™), owned and operated by Medalist Events LLC, is in its 5th season as America’s premier team event. The USGC will conduct over 50 Local Qualifying events around the country. Qualified teams will play in the USGC National Championship, Sept. 12-14, 2019 at Legends Resort in Myrtle Beach. There, Team USA will be selected to play in the 2020 International King’s Cup at Castlerock Golf Club in Northern Ireland. www.usgolfchallenge.com.