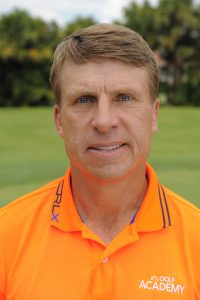 The popular daily morning show airs from 7-9 a.m. ET on Wednesday and from 7-10 a.m. ET on Saturday.

Sones, owner and operator of Todd Sones Impact Golf in Vernon Hills, Ill., is one of the inaugural coaches in Golf Channel Academy (GCA), a dedicated network of teaching facilities. Select Golf Channel Academy coaches are being invited to appear on the network’s news and instruction shows, including the PGA Tour Champions Learning Center and School of Golf. Sones is making his fourth appearance on Morning Drive.

“I’m excited for the opportunity to be on Morning Drive once again,” said Sones, a renowned putting and short-game coach who’s developed a system of teaching the game inside of 100 yards called The Scoring Zone – also the title of his 2018 book “I look forward to sharing some of the integral fundamentals from the book, and helping the viewers at home score better and improve in all facets of their game.”

In addition to The Scoring Zone, Sones has authored two other books, Lights Out Putting and Saving Par. He’s also a frequent contributor to Golf Digest and Golf Magazine, and is ranked among the “Best Teachers” in the state of Illinois by Golf Digest. A two-time Illinois PGA Teacher of the Year (1994, ’96), Sones has coached numerous PGA Tour and LPGA Tour pros, including former major champions Shaun Micheel, Steve Jones and Hillary Lunke. His academy was also the recipient of an Editors’ Choice Award from the editors of Golf Digest as one of the Best Golf Schools/Academies in the nation-the only one listed in the Midwest.

For more about Golf Channel Academy, including a full listing of all its current locations and coaches, go to golfchannelacademy.com.