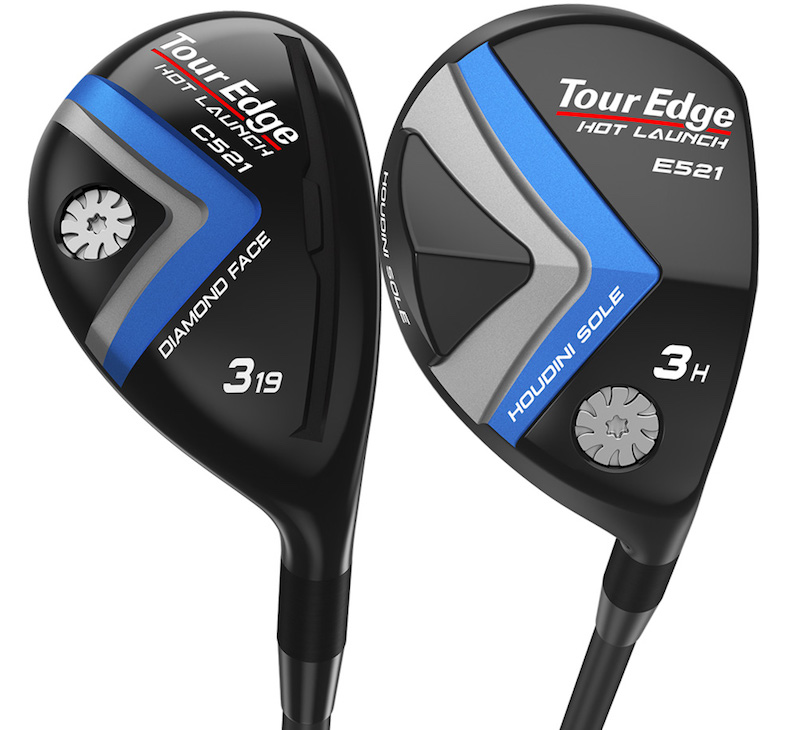 In all, 46 different lofts of clubs in right-handed clubs and 20 lofts in left-handed models are covered in this massive launch by Tour Edge.

Both new series of Hot Launch feature a brand-new look with a sleek all-black PVD finish.

“The Extreme Spec 521 hybrid is going to give you the ultimate in getting you out of trouble or just getting the ball up in the air due to the amazingly effective Houdini Sole we’ve developed,” said Glod. “The Competition Spec 521 hybrid is loaded with advanced tech in a classic shape that is still extremely easy to launch, but in a design that suits the eye and ear of the discerning golfer.”The new premium performance Hot Launch 521 Hybrids will be available globally on November 1, 2020. 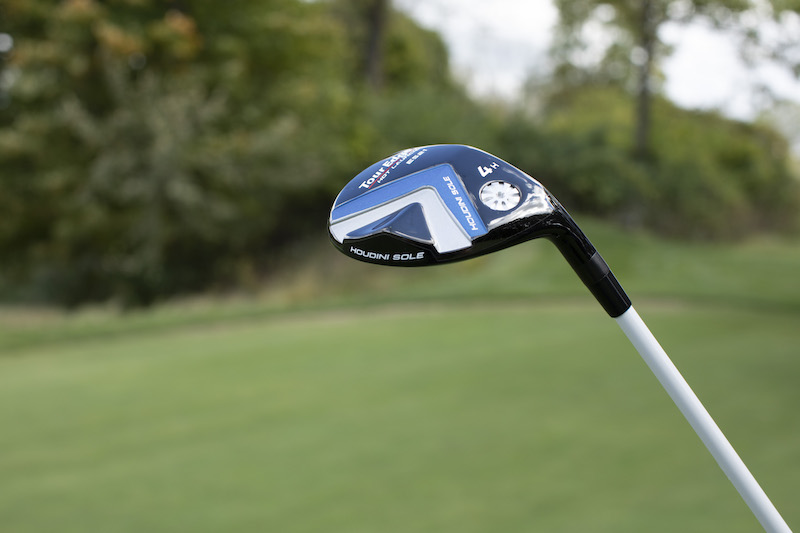 It offers the game-changing Houdini Sole in conjunction with a super-shallow face, slice-fighting offset designs, and heel weighting for added draw bias. The 17-4 stainless-steel Hot Launch E521 Hybrids feature a thinner and lighter forged steel crown that increases ball speed for the ultimate in power creation.

Houdini Sole Technology – The raised steel mass area of the Houdini Sole at the rear of the clubhead reduces the amount of area on the sole that interacts with the turf to reduce drag.

The patented Houdini Sole includes an area of mass concentrated on the extreme trailing edge of the sole of the clubhead, as well as a curved leading edge under the face.

The Houdini design element has proven to be one of the most effective technologies at getting balls out of tough lies by reducing turf interaction by 35%. This leads to significantly less “duffs” caused by hitting up on the ball and hitting the turf at a lower point before the ball.

“When it comes to the E Series fairways and hybrids, the Houdini Sole becomes a complete life-saver from tight and tough lies,” said Glod. “This is your get out of jail free card for the golf course.”

30% Farther Back Center of Gravity – The Houdini Sole was instrumental in significantly altering the CG placement of the E Series hybrid. The CG is 7% lower and 30% farther back than the previous HL4 Hybrid, making the Hot Launch E521 the highest launching and easiest to hit hybrid Tour Edge has produced.

It also helped raise the M.O.I. properties of the clubhead by 9%.

Offset/Shallow Cup Face – The Hot Launch E521 offset designs are engineered to help golfers avoid the right side of the course and to increase launch conditions.

The super-shallow Cup Face design in the Hot Launch E521 Hybrid also produces higher launch angles and extreme ease of launch. The face was designed to be 5% shallower than the previous Hot Launch iteration.

Premium Mitsubishi Fubuki Shaft – The E Series hybrid comes stock with the super-light FUBUKI hybrid and iron shafts by Mitsubishi Chemical that range from 50 grams to 60 grams depending on the flex.

The extremely light FUBUKI shafts feature lower kick points and lower cycles per minute frequencies that promise to help players achieve maximum velocity and to fight the fade to produce a longer and straighter shots with a slightly drawn ball flight.

Pound for Pound, Nothing Comes Close – The Hot Launch E521 Hybrid will retail for $129.99 and is covered by Tour Edge’s industry leading lifetime warranty. 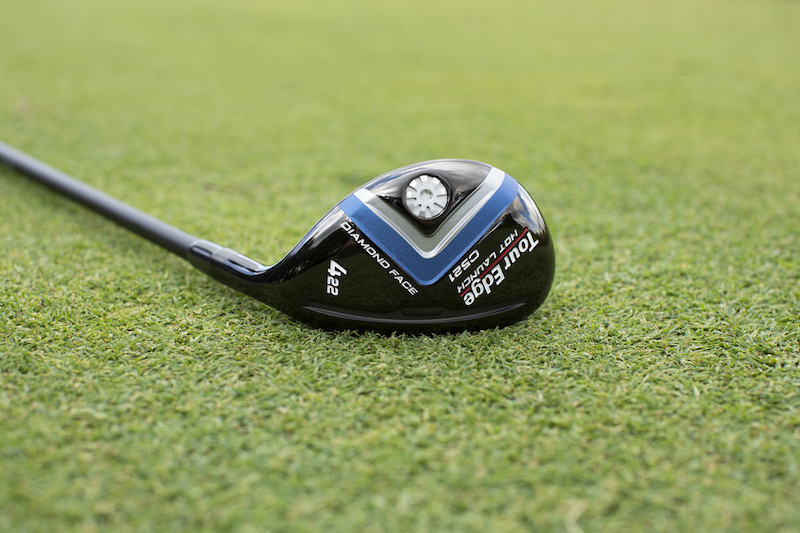 This Competition Spec Hot Launch C521 Hybrid is for the player seeking optimal launch and spin rates in a modern–classic-style design, while still enjoying the benefits of extreme ease of use.

An extremely high M.O.I. tightens dispersion and increases overall accuracy in this compact hybrid design. The C Series hybrids are constructed of 17-4 stainless and features a thinner and lighter forged steel crown that increases clubhead speed for the ultimate in power creation.

Different variables of thick and thin diamond shapes or “mini-trampolines” behind the face produce a hotter face with faster ball speeds.

“To be able to take an amazing innovation like Diamond Face that changed the level of what we produced with Exotics EXS and to be able to bring it over to Hot Launch is a huge deal for the performance characteristics of these clubs,” said Glod. “This is going to help a lot of golfers gain speed and power.”

High Moment of Inertia/Rear Sole Weighting – More weight in the rear sole, created by the new weight in the extreme back of the clubhead, moves the CG deep in the head for extremely high M.O.I. properties.

This farther back rear sole weight placement delivers a 4% increase in M.O.I. over the previous HL4 Hybrid, and affects the CG positioning of the club, boasting a 10% lower CG and a 14% farther back CG.

Acoustic Engineering – As with the C Series driver and fairway, Acoustic Ribbing Channels on the inside of the hybrid help create upgraded acoustic engineering properties by enriching the sound and feel of the club head.

Power Channel – A 25% deeper Power Channel on the sole behind the face is creates better weight distribution and increased face flexing. The Power Channel delivers amplified ball speed and less spin, as well as added forgiveness on shots struck lower on the face.

Aldila Rogue shafts are high-end performers that have won numerous times on professional tours around the world.  They are known for an even release for players that like a smooth, active feel by using advanced, high-modulus graphitic carbon fibers.

Pound for Pound, Nothing Comes Close – The competition spec game improvement Hot Launch C521 Hybrid will retail for $129.99 and is hand built in the United States.