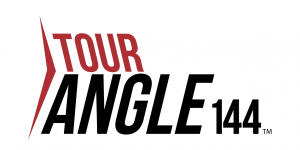 The original TourAngle 144, created with company founder David Kardos, was developed to enable average golfers to set up the same way with each club every time. Originally named the Swing Pact, the TourAngle 144 was named one of the best new products at the PGA Show when introduced. The key to its success; to date over 32,000 have been sold, was the TourAngle 144’s simplicity, ease of use, and it’s effectiveness.

“When David first brought the product (TourAngle 144) to me, I thought for sure he was wrong. This thing couldn’t work,” says Bosdosh. I then tried the product and the very first time it felt different. I knew it was changing my swing, which was a good thing! Simple, effective training aides that help golfers practice more correctly is what we are all after,” he added.

In 2016, when Kent purchased TourAngle and set out to revitalize the company, he reached out to Bosdosh for assistance. Together they teamed to develop new products which they will begin debuting at this year’s PGA Show in Orlando. Every new product developed will contain the DNA of the original TourAngle 144. “We plan to introduce all simple, effective ways to train golfers to help them set up better, aim better and make better swings/strokes,” says Kent.

Both Kent and Bosdosh will be attending the PGA Show and are available to meet, discuss TourAngle’s new products and plans for the future.
TourAngle’s booth # is 1301.