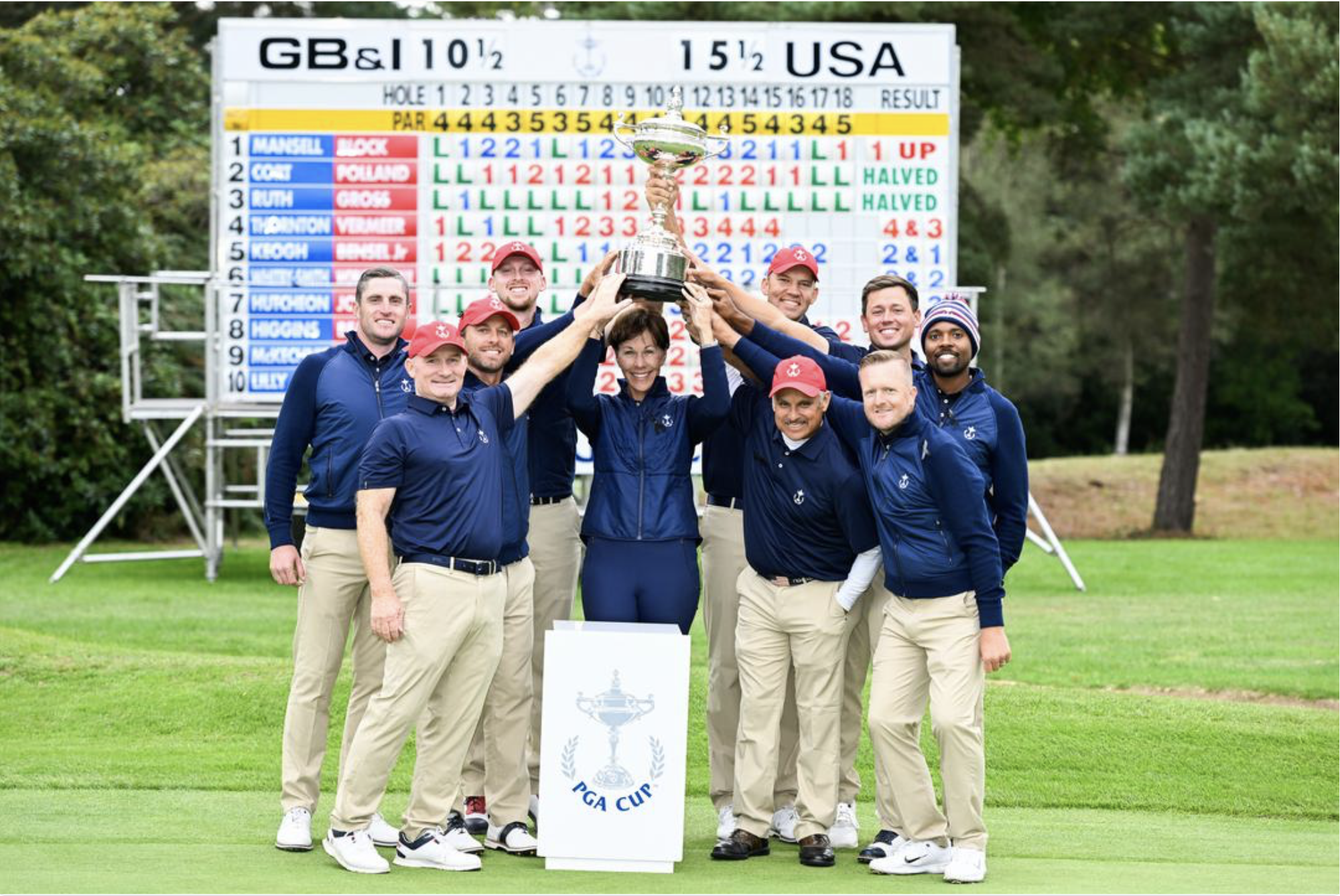 Led by a stunning opening match rally from 4-down by California’s Michael Block, the U.S. earns its first overseas victory since 2009

SURREY, ENGLAND  – It was a day for the history books for the United States PGA Cup Team and Captain Suzy Whaley, as they captured the 30th PGA Cup for their first overseas victory since 2009; won a second consecutive Llandudno International Trophy; and earned their 19th win in the series against Great Britain & Ireland, dating back to 1973.

PGA Honorary President Whaley of Palm Beach Gardens, Florida, is the first woman to both Captain in the men’s PGA Cup and win it, too. She was also Captain of the victorious United States Women’s PGA Cup Team in its inaugural event in 2019.

“I have been able to do a lot of amazing things in my career, and this ranks right at the very top,” said Whaley.

In the opening Singles match of the final day of the 30th PGA Cup at Foxhills Resort & Club in Surrey, England, both the United States and Great Britain & Ireland’s teams wanted to set a winning tone.

With the U.S. up 9.5-6.5 entering Sunday Singles, GB&I’s Ashley Mansell raced out to a seemingly insurmountable 4-up lead over America’s Michael Block after 12 holes.

Amazingly, Block, PGA Head Professional at Arroyo Trabuco Golf Club, in Mission Viejo, California—who loves to write “Why Not?” on his golf balls for inspiration—proceeded to birdie five of the six final holes, including two lengthy birdie putts on Nos. 15 and 17. He then reached the par-5 18th hole in two shots, two putted for birdie, and won the match.

The stunning 1-up win immediately flipped the script and made a statement that Sunday was perhaps the United States’ day to win the PGA Cup.

“It really set the tone for everybody else,” said Whaley, who followed Block across the back nine. “He fought so hard, and he earned us that first point. That first point is so crucial for the rest of the team. I have never seen anyone fight so hard for a point.”

“This team has something special,” said Block, the 2014 PGA Professional Champion, who has played in four PGA Championships and three U.S. Opens. “It was really fun doing this in front of Suzy.”

For Uresti, who was on the other end of the ledger in both 2015 and 2017, the clinching point was sweet glory.

“It means a lot,” said Uresti. “It feels great to finally come over here and win. As they say, ‘Third times a charm.’ I am a little bit more emotional than I expected….Excitement, joy, almost tearful joy.”

It was also a second consecutive PGA Cup win for the United States Team, who now hold a 19-7-4 advantage in a series that dates back nearly 50 years. The U.S. won in 2019 at Omni Barton Creek Resort & Spa in Austin, on a miraculous final day rally.

Following two matches that ended in ties and secured a half-point for both squads, Ryan Vermeer, the 2018 PGA Professional Champion and PGA Director of Instruction at Happy Hollow Club in Omaha, Nebraska, earned a commanding 4 &3 win over GB&I’s Simon Thorton to put the United States in position to cascade.

Suddenly, it was a two-point margin, with three matches still in progress.

“Obviously, we were in a good position going into the day,” said Vermeer, a 4 & 3 winner over Simon Thorton. “It will be an experience for myself on the golf course I will remember forever.”

Uresti would then clinch the winning point for the Americans.

“It’s been a fantastic experience for all of us,” said Great Britain & Ireland Captain David Russell. “I have no complaints other than the result.”

Jesse Mueller, of Phoenix, the 2022 PGA Professional Champion, gave the U.S. a further edge, winning his match 2 &1 over Paul McKechnie.

Beach, the 2019 PGA Professional Champion and PGA Assistant Professional at Westchester Country Club in Rye, New York, earned the Americans another full point, as he secured a 1-up win over David Higgins.

“It started to get a little dicey,” admitted Whaley. “But in the end, we got it done.” 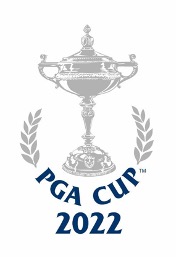 The PGA Cup originated in 1973 at Pinehurst (North Carolina) Country Club as an outgrowth of the PGA Professional Championship. Structured after the format of the Ryder Cup, with match-play competition between the U.S. and Europe, the PGA Cup features the top PGA Club Professionals from both sides of the Atlantic.

Click here for scoring and full results from the 2022 PGA Cup matches.