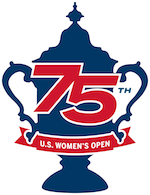 LIBERTY CORNER, N.J.  – The United States Golf Association (USGA) today announced a number of exciting initiatives connected to the milestone 75th anniversary U.S. Women’s Open Championship, which was originally slated for this week but will now be contested Dec. 10-13, 2020 at Champions Golf Club in Houston, Texas.

“The U.S. Women’s Open has played a significant role in the advancement of the women’s game for the last 75 years,” said Mike Davis, USGA CEO. “As we reach this monumental occasion, we want to thank and honor everyone who has been involved in the championship from the start – from the fans, volunteers and staff to the champions and players themselves, by reliving memorable moments and celebrating in Houston this December.”

In support of the historic milestone, the USGA has named three-time U.S. Women’s Open champion Annika Sorenstam ambassador of the championship. Her wins in 1995 and 1996 made her the first international player to win back-to-back titles, and she added a third victory with her playoff win in 2006. Sorenstam is one of six players to have won three or more Women’s Open titles, and the only one to achieve the feat in the last 35 years. In 2012, she received the USGA’s Bob Jones Award, the Association’s highest honor. Prior to the U.S. Women’s Open in December, Sorenstam will be awarded the Presidential Medal of Freedom.

“I am proud to represent the U.S. Women’s Open as their ambassador during this historic year,” said Sorenstam, a native of Sweden. “The championship means a lot to me and my career, and I look forward to celebrating and reliving moments that have meant so much not only to me, but the sport of golf as a whole. It’s truly a special occasion for so many of us.”

To further commemorate this landmark, the USGA, in association with Rolex, has launched the U.S. Women’s Open History Experience, a fully immersive timeline that brings the first 74 years of U.S. Women’s Open Championships to life on uswomensopen.com. Through original broadcast footage, archival photos and interviews with champions, fans will have the opportunity to relive moments that are not only significant to the game, but also hold personal and sentimental meaning. From Babe Didrikson Zaharias’ emotional comeback from cancer in 1954 to Se Ri Pak’s victory in 1998 that inspired a new generation of champions, the Women’s Open Timeline chronicles the championship’s history and impact since its founding in 1946.

On what would have been championship Sunday (June 7), Fox Sports will replay on FS1 at 6 p.m. EDT In Gee Chun’s 2015 U.S. Women’s Open victory, which took place in front of a record-setting crowd at Lancaster (Pa.) Country Club.

A Reunion of Champions that was scheduled for June at Champions Golf Club has been postponed and will now take place during the 2021 U.S. Women’s Open at The Olympic Club in San Francisco due to travel and safety uncertainties surrounding COVID-19. The event will bring together many of the 43 living champions for the first time since 2014. In addition to private reunion events, champions will engage with fans, media and viewers throughout the week of the championship (June 1-6), including serving as honorary starters, appearing in Fox broadcasts and on USGA channels, as well as participating in special fan events, including autograph signings.

One notable former champion who will be missing from the event is Mickey Wright, who passed away in February at age 85. The four-time U.S. Women’s Open champion was the first player to win consecutive titles and was a staunch supporter of the USGA and a tireless advocate for women’s golf. The 2020 U.S. Women’s Open will mark the first year that the champion’s medal is named in Wright’s honor, as announced by the USGA in February.

The association’s celebration of the 75th U.S. Women’s Open will ramp up beginning Saturday, Sept. 26 with a 75-Day Countdown to the championship. Throughout the countdown, unique and never-before-seen content from all 74 previous U.S. Women’s Opens will be available to fans at uswomensopen.com and on @USWomensOpen social media channels.

The U.S. Women’s Open has been at the forefront of women’s golf since its inception in 1946. In the inaugural championship, Patty Berg defeated Betty Jameson to capture the title at Spokane (Wash.) Country Club. That thrilling outcome set the stage for a championship that continues to advance women’s golf while impacting the game around the world.

Conducted by the USGA beginning in 1953, the championship is the oldest event open to women professional and amateur golfers. Amateurs as young as 11 years old have competed in the storied event, but the lone amateur win came in 1967 from Catherine Lacoste of France.

Prior to 1987, three international players earned U.S. Women’s Open victories, but the playoff win by England’s Laura Davies that year marked the true beginning of the championship as a global affair. Since then, there have been 18 championships won by international players, including Se Ri Pak’s 1998 victory that truly changed the face of the game and brought unprecedented attention to the sport in countries throughout Asia.