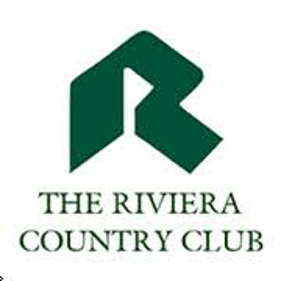 PACIFIC PALISADES, CA — Ranked among the top golf courses in the United States, The Riviera Country Club was selected by the United States Golf Association (U.S.G.A.) to be the host of the 2026 U.S. Women’s Open today.   It will also mark the club’s centennial celebration.

The Riviera Country Club, designed by George C. Thomas Jr. and William Bell and opened in 1926, will host its fourth USGA championship. Ben Hogan won the first of his four U.S. Open Championships in 1948 at Riviera. The club has also hosted the 1998 U.S. Senior Open and 2017 U.S. Amateur as well as the PGA Championship in 1983 and 1995.

“We are thrilled and honored to be selected by the U.S.G.A. to host this prestigious event featuring the greatest women golfers in the world,” said Megan Watanabe, President of The Riviera Country Club.  “We will be celebrating our 100thanniversary and having the opportunity to work with the U.S.G.A. to showcase a spectacular championship will certainly add to the special year we are planning to have.  We would like to thank the U.S.G.A. for the ongoing partnership and look forward to a long and beneficial relationship in the years ahead.”

“Los Angeles has a rich history of hosting the biggest sporting events in the world, and we have used that energy and investment to inspire new generations of Angelenos, and fuel economic growth,” said Los Angeles Mayor Eric Garcetti. “The U.S. Women’s Open will build on that tradition with even more community and economic benefit, and I am proud that we are bringing it to L.A. in 2026.”

The Riviera Country Club, regarded as one of the best championship venues in all of golf, is the current home of the Genesis Invitational on the PGA TOUR.  The rich tradition and history of the club will also be center stage as the home to the world’s greatest men and women golfers in the 2028 Olympics and Paralympic Games in Los Angeles. 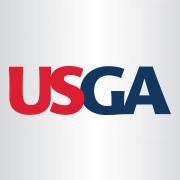 The U.S.G.A. is a nonprofit organization that celebrates, serves and advances the game of golf. Founded in 1894, the U.S.G.A. conducts many of golf’s premier professional and amateur championships, including the U.S. Open and U.S. Women’s Open. With The R&A, the U.S.G.A. governs the sport via a global set of playing, equipment, handicapping and amateur status rules. The U.S.G.A. campus in Liberty Corner, New Jersey, is home to the Association’s Research and Test Center, where science and innovation are fueling a healthy and sustainable game for the future. The campus is also home to the USGA Golf Museum, where the U.S.G.A. honors the game by curating the world’s most comprehensive archive of golf artifacts. To learn more, visit usga.org.