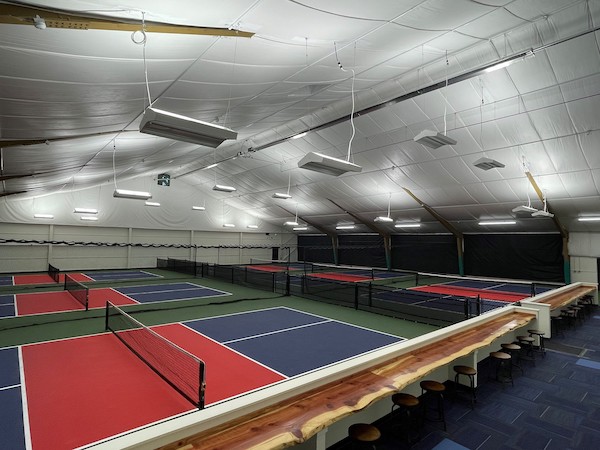 Salem, Oregon – As the sport of pickleball continues to surge in popularity, and as country clubs and resorts are adding pickleball to their line-up of activities, Illahe Hills Country Club in Salem, OR has named 11-time USA Pickleball National Champion Wesley Gabrielsen as the first-ever Head Pickleball Professional. Gabrielsen, a member of Team Selkirk and one of the most decorated professional pickleball players of all-time, will begin his new role on January 3rd.

This news comes on the heels of Illahe Hills making a significant investment into the sport, as the club recently converted the 2-court tennis center into a world-class 6 court dedicated pickleball center.

In his new role as Head Pickleball Professional, Gabrielsen will be responsible for elevating all Pickleball programming at Illahee Hills, including group & private lessons, camps, junior clinics and co-ed drop ins, among other activities. Additionally, as the only indoor pickleball facility in the area – equipped with a cushion extreme playing surface to help limit the impact on joints and ligaments – Wes will help facilitate leagues and special events to grow participation in the sport. 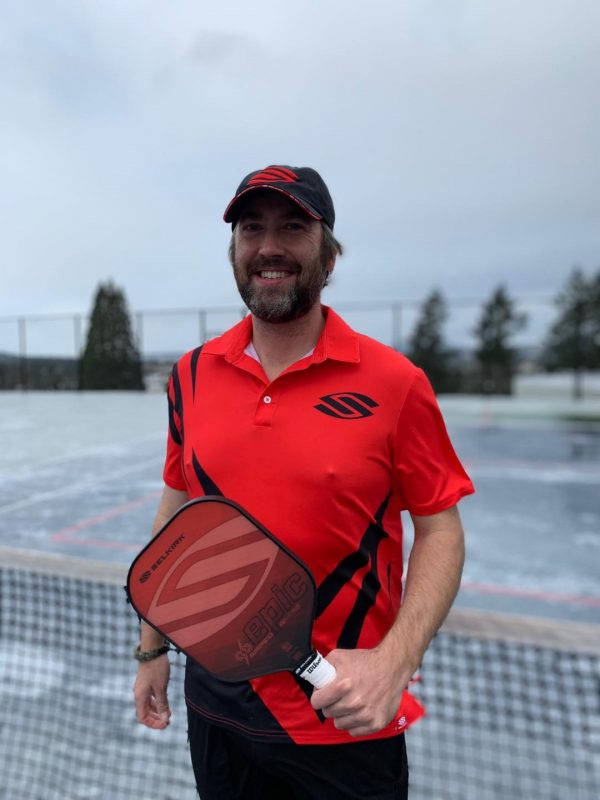 “We could not be more excited to bring on someone with Wes’ professional background as a player and his passion for the game will be a true asset to the Club,” said Mike Litwin, General Manager of Illahe Hills Country Club. “Members are excited to learn the game and we are looking forward to growing our programming and clinics to introduce new players to the game and help pickleball enthusiasts improve their games and learn new techniques to help them excel as players.”

Gabrielsen, a legend in the sport as an 11-time USA Pickleball National Champion (5 Doubles, 5 mixed Doubles, 1 singles), a 2-time US Open Champion and 2-time TOC Champion, recently captured Bronze in Men’s Pro Doubles at the 2021 USA Pickleball National Championships at the acclaimed Indian Wells Tennis Garden. Backed by growing professional tours and more than 8,000 facilities to play at in North America, Pickleball is one of the fastest growing sports in the USA boasting more than 4.2 million players. Selkirk Sport is one of the industry’s fastest growing companies, and their line-up of Made-in-the-USA paddles are used by many of the game’s premier players and instructors.

“As country clubs & resorts continue adding pickleball programming to their line-up of activities, having a leader with industry knowledge is a priority to help manage growth,” said Rob Barnes, VP of Product & Relationships, Selkirk Sport. “In addition to being one of the most accomplished pickleball players of all-time, Wes is a terrific teacher and great ambassador for the sport, and I applaud Illahe Hills CC on selecting Wes to serve in this important position.”

Selkirk Sport, a Made-in-the-USA Manufacturer of Pickleball paddles and accessories, is a family-owned and operated company based in Hayden, Idaho, located in the shadows of its namesake, the Selkirk Mountain range. Founded in 2014, Selkirk Sport is born off a passion for sport, as well as the great western outdoor leisure lifestyle that was afforded to the Company’s founders, Rob and Mike Barnes, along with their father Jim, who is Selkirk’s production manager. Backed by the philosophy of always pushing the limits, Selkirk Sport is committed to manufacturing products that deliver the highest performance with unmatched quality and service.  As part of their early success, Selkirk Sport was the very first Pickleball manufacturer to offer an unprecedented lifetime warranty on its high-performance products. And, to meet the demands of the game’s premier professionals, the Company developed low-profile edge guards that are lightweight and extremely durable. Selkirk Sport is one of the industry’s fastest growing companies, and their paddles are used by many of the game’s premier players, such as Tyson McGuffin, Wes Gabrielsen, Morgan Evans, Cammy MacGregor, Kaitlyn Christian and a host of others who are premier players and national/regional champions.

Pickleball was invented by three dads in 1965 as a way to entertain their children during summer. The families resided on Bainbridge Island, Washington. Congressman Joel Pritchard, Bill Bell, and Barney McCallum fashioned handmade equipment and based the simple rules on the existing sports of tennis, badminton, and ping-pong. Unlike Tennis, Racquetball and many other sports, Pickleball has a short learning curve; you don’t need months of lessons to participate in a fun game. It also is less running compared to Tennis. However, at the same time, it can be very competitive and addicting for all ages, as well as an excellent, fun family activity. Pickleball can be played as both a singles and doubles game, and can be played inside or outdoors, on a court that uses the dimension of a doubles badminton court, along with a modified tennis net.  A Pickleball court is 20’ x 44’ for both singles and doubles. The net is hung at 36” at the ends and hangs 34” in the middle. A non-volley zone – called the Kitchen – extends 7’ back from the net on each side.