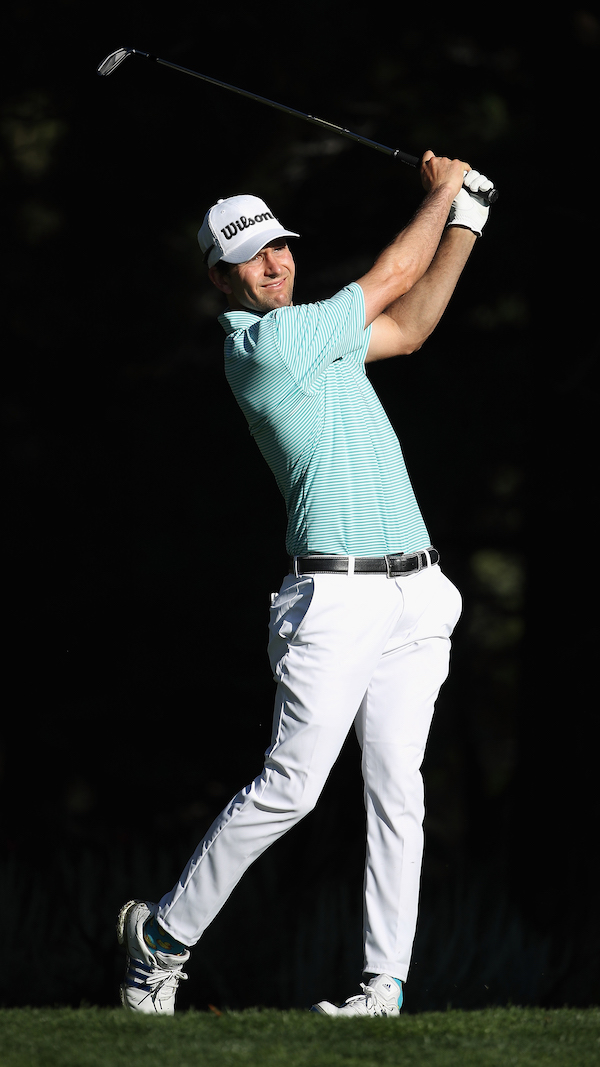 Trainer will make his debut as a member of the Wilson Golf Advisory Staff at this week’s Waste Management Phoenix Open, putting into play Wilson products throughout his bag:

“Martin is a terrific addition to our Wilson Golf Advisory Staff,” said Tim Clarke, President of Wilson Golf. “He enjoyed great success as an amateur and paid his dues on the developmental tours before establishing himself on the PGA TOUR, and we are excited to help him take the next step in his professional career as a member of our team.”

Trainer played college golf at the University of Southern California, where he won the 2011 Pac-12 Championship as a sophomore, and turned pro in 2013. He won twice on the Korn Ferry Tour in 2018 to secure his PGA TOUR card for the 2018-19 season, and in his 11th start on professional golf’s highest tour, secured his first PGA TOUR victory at the 2019 Puerto Rico Open. His three-shot victory over Daniel Berger secured his status for two seasons, and his T5 finish at the Hewlett Packard Enterprise Houston Open earlier this season has helped him move within the top 125 in the FedExCup rankings with an eye toward making the PGA TOUR Playoffs for the first time in his career.

“I couldn’t be happier to announce that I have joined the Wilson Golf Advisory Staff,” Trainer said. “I have spent a lot of time testing their equipment, especially the Staff Model ball, and I’m confident that everything I have put in my bag will help me shoot lower scores and suits my game perfectly. I’m appreciative of the support from everyone at Wilson, and I look forward to representing the brand.”

As Wilson continues its expansion in golf, Wilson Sportswear will also be dropping a golf-inspired apparel collection for men and women later this Spring. To follow the latest Wilson Golf news and Wilson Advisory Staff team members, visit@WilsonGolf on social media.

The Company brings more than a century of innovation to sport at every level of play. It uses player insights to develop products that push equipment innovation into new territories and empower athletes at every level to perform at their best. Visitwww.wilson.com for more information.

Wilson manufactures and distributes premium and recreational golf equipment throughout the world.  Since 1914, Wilson Staff irons have won 62 major championships, more than any other iron manufacturer in history.  The winning tradition continues today by delivering the highest quality equipment to all golfers to enhance performance on the course and overall enjoyment of the game.

Note: Pros often customize the clubs they use. Club specifications on endorsed consumer models may vary from the models used by pros for Tour-play.