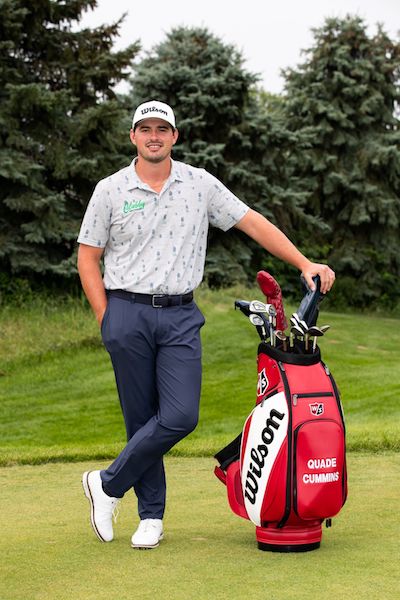 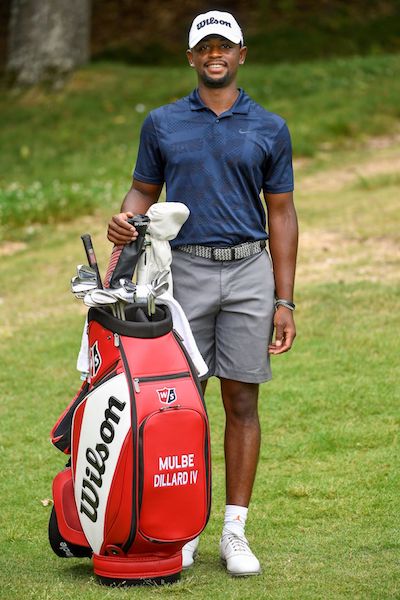 “We are thrilled to have Quade and Mulbe join the Wilson team,” says Tim Clarke, General Manager, Wilson Golf. “Both players had outstanding collegiate careers and we look forward to partnering with them as they begin this next chapter at the professional level. Mulbe and Quade have already shown us their dedication to the sport and will be excellent Wilson ambassadors.”

Cummins, 25, from Weatherford, Okla., graduated from the University of Oklahoma in 2020 with a degree in Communications. As an amateur, he was a two-time Oklahoma 4A state champion, a member of the victorious 2021 U.S. Walker Cup team, and winner of the 2016 Oklahoma Amateur. In a runner-up (individual) finish at the 2019 Ka’anapali Classic in Hawaii, Cummins set a University of Oklahoma 54-hole record with his 20-under 193, two strokes better than the old record held by current PGA TOUR pro Abraham Ancer.

Cummins is making his first professional start on the PGA TOUR (second career PGA TOUR start) at this week’s 3M Open in Blaine, Minn. Within the past month, he placed top-10 in both of his pro starts on the Forme Tour – a temporary, eight-tournament, U.S.-based pro golf tour which provides non-Canadian PGA TOUR Canada members with event competition in response to travel restrictions arising from the global COVID-19 pandemic.

Cummins says, “I feel great knowing that I’m now part of the Wilson team. I’m confident that my Wilson equipment will help me grow as a professional golfer and the company produces a product that helps golfers at all levels.”

Dillard IV, from Chicago, was a member of the Florida A&M team from 2017-2021 where, as a senior, he led his college team to a 19-stroke team victory at the 2021 MEAC Golf Championship and the school’s first ever conference title. He wrapped up his collegiate career claiming the No. 1 ranking on the Advocates Professional Golf Association (APGA) Tour, which earned him an exemption into the Korn Ferry Tour’s REX Hospital Open.

Dillard says, “I’m so excited to join the amazing team at Wilson. It’s been a dream of mine to be a professional golfer for many years and to know I’m now part of the Wilson family is so special. I love their equipment and am honored to represent their brand.”

Both players launched their professional playing careers in June on the Korn Ferry Tour. Dillard competed at the REX Hospital Open in Raleigh, N.C., while Cummins competed in the Wichita Open Benefitting KU Wichita Pediatrics.

Chicago, USA-based Wilson Sporting Goods Co., a subsidiary of Amer Sports Corporation, is the world’s leading manufacturer of high-performance sports equipment, sportswear and accessories. The Company brings more than a century of innovation to sport at every level of play. It uses player insights to develop products that push equipment innovation into new territories and empower athletes at every level to perform at their best. Visit www.wilson.com for more information.

Wilson manufactures and distributes premium and recreational golf equipment throughout the world.  Since 1914, Wilson Staff irons have won 62 major championships, more than any other iron manufacturer in history.  The winning tradition continues today by delivering the highest quality equipment to all golfers to enhance performance on the course and overall enjoyment of the game.

Note: Pros often customize the clubs they use. Club specifications on endorsed consumer models may vary from the models used by pros for Tour-play.