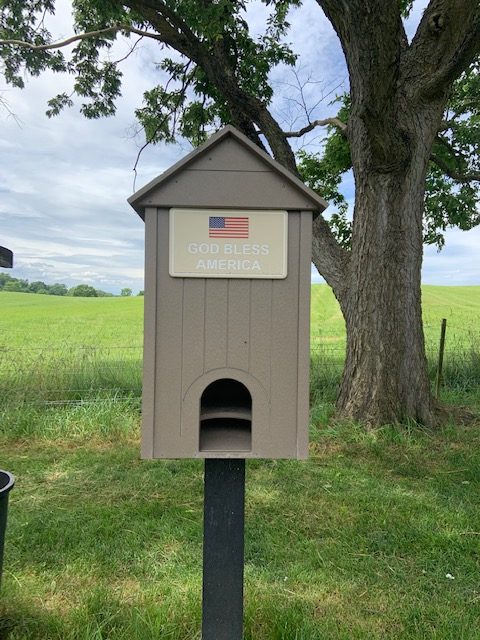 PHILADELPHIA, Pa. – If there is anything that holds true during this extremely strange year of 2020, it’s that golfers are playing more golf … and looking for new drive-to destinations to fill their expanded leisure schedules.

The historic town of Winchester – nestled in the spectacularly scenic Blue Ridge Mountains of Virginia – is the perfect remedy.

For one thing, it is located within a four-hour drive of more than 60 million Americans. Also, it possesses some interesting and challenging golf courses – at extremely affordable prices. Finally, it is surrounded by some of the most famous American history sites … from both the Revolutionary War and the Civil War. In short, it is a bucket list piece of Americana.

For all of these reasons, Winchester in the Shenandoah Valley will be featured, across the country, as the August episode of the award-winning Traveling Golfer television show.

“I have been promoting this area for many years,” said Nick Ciattei, owner of Mid-Atlantic Golf Getaways, a golf promotion and packaging company. “It has always been the type of destination that people stumble across, then return for a number of years. Now, especially for this Fall, new people are coming to the Shenandoah Valley because they easily can drive to the area and feel safer than in some of the other areas that are really struggling with the pandemic.”

According to the National Golf Foundation, golfers are hitting the road in record numbers throughout the last few months and that trend should last through the Fall.

“The Shenandoah Valley has been a favorite road trip destination of mine for years,” explains Tony Leodora, Traveling Golf host. “Whether you are looking down at the valley from the Blue Ridge Mountains and its famous Skyline Drive, or playing golf at the bottom and looking up at the scenery, every minute of the trip presents a picture postcard.”

Although there are a large number of golf courses throughout the Shenandoah Valley, the selection of courses for this show features three of the most popular … plus a quick look at two of the older properties, Sly Fox and Bowling Green. Rock Harbor is a modern 36-hole facility, designed by Denny Perry. Shenandoah Valley Golf Club is a 27-hole layout that features some of the most scenic views of the surrounding Blue Ridge and Massanutten Mountains. Blue Ridge Shadows was designed by acclaimed Mid-Atlantic based architect Tom Clark and, with seven sets of tees, can accommodate players of just about any level.

To make the trip even more interesting, there is the historic George Washington hotel in downtown Winchester and within walking distance to the many shops and restaurants on the Loudon Street Mall.

Full information on golf trips to the Shenandoah Valley can be found on the website at www.midatlanticgolfgetaways.com.

The August episode of the Traveling Golfer airs as a scheduled weekly feature show on NBC Sports and NBC Sports + throughout four markets in the Northeast and Mid-Atlantic regions. NBC Sports airings are 10:30 a.m. on Sundays, 10 p.m. on Tuesdays and 11 a.m. on Thursdays. NBC Sports + airs the show at 8 p.m. Mondays and Fridays. In addition, the show airs nationally, three times every day, on the new Fun Roads Network (funroads.tv/schedule) – in the San Francisco, Los Angeles, Las Vegas, Salt Lake City, Wichita and Detroit markets. It also will air a number of times in the Month of July on “Rivertalk” on HTC-4 in Myrtle Beach.