New WIGI Member Renee Powell quoted as saying, “I am extremely happy to have been selected as an Honorary Member of this fine organization, one that continues to open doors for women in golf. During recent years, women have been making so many positive strides in the golf industry and WIGI continues to be a leader in the field.”

Powell continues a role model in golf for girls and women of all ethnicities crediting her parents William “Bill” and Marcella Powell, as her examples in challenging discrimination. She is the head professional of the Clearview Golf Club in Ohio, a club that was established in 1946 by her father, as the first U.S. golf course designed, built, and owned by an African American. 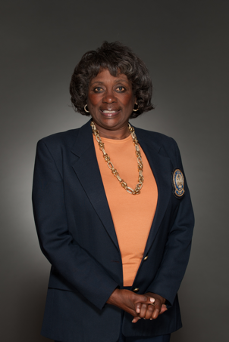 Powell was inducted into the PGA of America’s Hall of Fame, a distinction previously earned by her father, making them the only father-and-daughter receiving the coveted award.

While Powell may be new to the WIGI organization, her relationships with members are meaningful and one friendship trails back to 1974, according to WIGI President Kay McMahon. In that 1974 summer, McMahon (who had amateur status at the time) was playing for the first time in a Pro-Am (LPGA Keller Open, St Paul,MN), and Powell was the professional player on the team. “I remember playing with Renee as my Pro, as if it were yesterday and then such an honor,” shared WIGI President Kay McMahon. “Now, it’s even more thrilling to welcome Renee, one of the game’s finest ambassadors, into the WIGI organization. What she has done for the game is outstanding, and for which we extend our greatest gratitude.”

More about Women in the Golf Industry

Women in the Golf Industry (WIGI) is a networking organization for women employed or self-employed in golf-related businesses. WIGI was founded in 2001 by twelve visionary women with the goal of promoting the significant achievements of women in the business of golf. WIGI Members are involved in design and manufacturing, sales and management, media and communications, architecture, administration, course ownership, wellness and fitness, and several are teachers of the game. To learn more about Women in the Golf Industry visit:http://wigi.info.