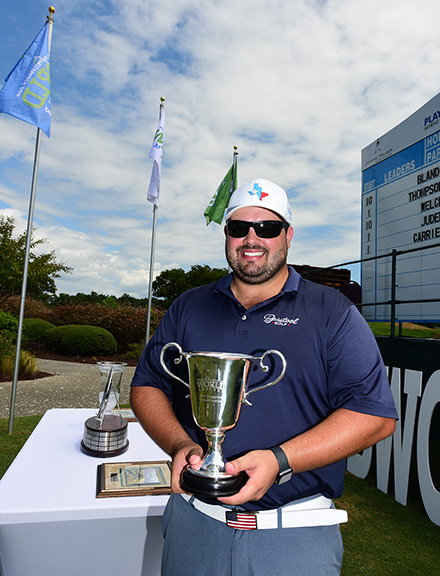 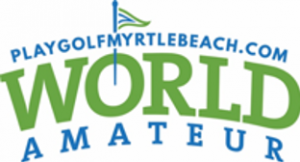 Winners of Men’s, Senior Men’s Gross Division Flights Will Receive Invitation to Compete in One of the Majors of Amateur Golf

MYRTLE BEACH, S.C. — The 37th Annual PlayGolfMyrtleBeach.com World Amateur Handicap Championship has received a pair of exemptions into the prestigious Dixie Amateur, an event whose past champions include Brandt Snedeker, Daniel Berger and Hal Sutton.

The exemptions will go to the winners of the Men’s and Senior Men’s Gross Divisions. The World Am added gross divisions five years ago and high level amateurs have flocked to the event, enjoying the format and the atmosphere surrounding the world’s largest single-site golf tournament.

The 2020 World Am will be played Aug. 31 – Sept. 4 on 60 of Myrtle Beach’s premier courses. After 72 holes of stroke-play competition, the top 3 competitors in the gross division flights will advance to the World Championship Playoff, and the player with the lowest five-round score in each division will earn a spot in the Dixie Amateur.

Eagle Trace Golf Club, a former home of the Honda Classic, will host the Men’s and Senior Men’s Dixie Amateur in December 2020. The World Am will cover the cost of entry, airfare and lodging for the two players who earn exemptions.

“We are delighted to be offering a pair of exemptions into the 2020 Dixie Amateur for the winners of the gross divisions at the PlayGolfMyrtleBeach.com World Amateur Handicap Championship,” Tournament Director Scott Tomasello said. “Elite amateurs have embraced the opportunity to play a 72-hole tournament and enjoy the experience at the World’s Largest 19th Hole. We look forward to attracting another outstanding field, and the exemptions will only add to the appeal of this year’s World Am.”

More than 3,000 players from across America and more than 20 countries are again expected to participate in golf’s largest single-site tournament.

Early entry into the event opens March 11 and includes at least four rounds of golf, nightly admission to the World’s Largest 19th Hole and a gift bag. The early entry cost playing in the tournament is $535 through May 14, a $120 savings off the regular cost.

The tournament, which flights players based on age, gender and handicap, is open to all golfers 17 years of age and older.

The World Am flights players into nine divisions – men 49 and under, senior men (50-59), mid-senior men (60-69), super senior men (70-79), seasoned seniors (80+), women, the gross division, senior (50+) gross division. There is also a “Just For Fun” flight, created for players who want to enjoy the World Am experience without the pressure of competition.

After four days of competition, all flight winners and ties advance to the World Championship Playoff, an 18-hole shootout that crowns the event’s winner.

While the competition is initially what lures players to the tournament, it’s only part of what keeps them coming back. At the heart of the World Am’s appeal is the camaraderie among its participants and much of that kinship is fostered at the World’s Largest 19th Hole.

Among the big names that have appeared at the 19th Hole in recent years are David Feherty, Brandel Chamblee, Charlie Rymer and John Daly.

Players will also receive a gift bag that includes a polo, a pullover, a golf towel, a logo’d hat, a PGA Tour Superstore gift card and an assortment of other goodies valued cumulatively at $250.