PHILADELPHIA, Pa. There is a long history of America’s farmlands being turned into golf courses. In the Golden Age of golf course construction, some of the great architects – Donald Ross, A.W. Tillinghast, William Flynn, George Thomas – plowed under the corn stalks and produced revered layouts.

At the same time, many farmers, who tired of working the fields, attempted to create their own golf courses. Frankly, many of them turned out to be more like cow pastures than memorable layouts.

One former dairy farm, which was heralded as a memorable layout from the day it opened in 1993, is Wyncote Golf Club – perched on the rolling hills of western Chester County in Oxford, Pennsylvania. The course, designed by Brian Ault of the Ault and Clark Design Firm, debuted as the No. 3 New Golf Course in America and has been ranked annually in the upper half of the Top 10 Daily Fee Courses in Pennsylvania by Golfweek.

For all of those reasons, Wyncote GC will be featured in the August episode of the award-winning Traveling Golfer television show.
“From the beginning, it has been a good experience,” says Jim Pepple, who oversaw the transformation of his family’s dairy farm into a Heathland-style golf course that is reminiscent of some of the inland courses in Scotland. “We got a good architect to come in, a good builder to build it and a good superintendent – Mark McGreedy – to take care of it. It’s been a lot of fun.”
Incredibly fine turf conditions are the hallmark of the Wyncote golf experience. Currently, the course is getting 96 percent approval ratings from golfers on Golf Advisor. That is top 10 in the country.

“I have played so many rounds of golf at Wyncote … from the first days of its existence until now. It keeps getting better,” recalls Traveling Golfer host, Tony Leodora. “But one thing remains the same. At one point in every round, I stop in my tracks, take a 360-degree turn and pause to look at the course and the surrounding countryside. I am amazed at the tranquility, natural beauty and architectural excellence of this golf course.”

For a complete look at all that is available at the Wyncote property, go to www.wyncote.com. 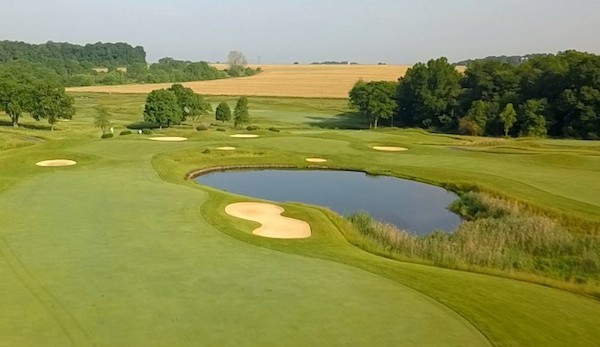 Responding to golfers’ never-ending demands to learn more about interesting golf courses and golf resorts across the country and around the world, well-traveled host Tony Leodora created the Traveling Golfer so he could take viewers on video trips to some of the most exciting golf locations. Four times in the last six years, the show has been honored as the No. 1 Golf Television Show in America in the prestigious International Network of Golf awards, presented at the PGA Merchandise Show.

The Traveling Golfer is a series of monthly shows hosted by Leodora, who has 20 years of experience in televised golf. The featured destination stays on the website for one month, before being replaced by a new show. Alternate shows also air in a two-month rotation. All old shows are archived for continued viewing on the YouTube Network and on the home website,  www.travelinggolfervideo.com.

For more information about the Traveling Golfer, or to find out how a property can be featured on the show, call TL Golf Services at (610) 721-8186 or e-mail Tony Leodora at tony.leodora@TL-golfservices.com. 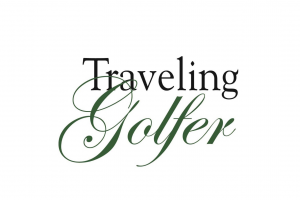