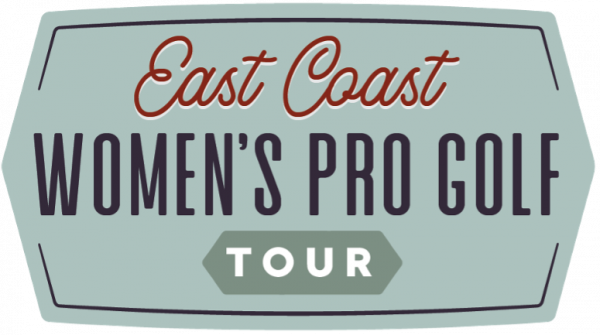 (Sorrento, FL) — Halfway through the final round front nine of the East Coast women’s Pro Golf Tour’s Redtail Women’s Championship, Yan Liu extended her bogie-free streak to 32 holes, punctuating it with a chip-in eagle on the par-5 second hole on her way to 3-under-par 69 and the top of the podium on Wednesday. Liu fought off some hard charges by Kennedy Swann, Gabi Ruffels and Natalie Srinivasan.

Kennedy Swann (Mckenzie Bridge, OR), who helped her Ole Miss team win the 2019 NCAA Women’s Golf National Championship Team tied the tournament at the turn on her way to a 2-under 70. Gabi Ruffels (Orlando, FL), the 2019 North-South Amateur and US Women’s Amateur Champion posted four birdies of her own, including a bogie-free 34 coming in, to claim third place. And the round of the day belonged to Srinivasan (Spartanburg, SC), the 2020 Annika Award Winner from Furman University, posted a 4-under 68 to work her way to the podium as well, tied for third.

When the sun came out to reveal soft greens and better scoring conditions, it was Liu who prevailed, the former Hong Kong Women’s Open Champion taking her first American tournament title and the $10,000 Champions Check to go with it.

“Round two was a really rainy day and I just kept my patience and stayed to myself,” said Liu. “My first American wins means a lot. I’m really proud of myself. This tour and this tournament really help build my confidence so I can know I can make it to the LPGA Tour.” Currently ranked 445th on the Rolex Rankings, Liu turned professional in 2019 and played had 11 Epson Tour (then-Symetra Tour) starts in 2021.

Said Runner-up, Kennedy Swann, who made just her second professional start, both on the ECWPGT, “This was a confidence boost for sure. Taking second in my second tournament is a great start.” She added, “I’m getting ready to play pretty much full time on the Epson Tour and I absolutely love these events. It’s exactly what we need to help us continue our careers and give us the opportunity not just to make a living, but to build our confidence and learn how to close and win.”

Redtail Country Club in Sorrento (FL), just outside of Orlando, was the host of this week’s ECWPGT event.  The East Coast Women’s Pro Golf Tour tees it up next in just five days at the historic Mayfair Country Club in Orlando from February 14-16. The Mayfair Women’s Championship will have the biggest field in the ECWPGT’s short history at 62 players.  Mayfair, an original Donald Ross design, is celebrating its 100th anniversary.

Said tour operator, Mark Berman of MediaShare Consulting Group, Inc, “We are seeing exactly the goal of the ECWPGT: to create a defined pathway to their highest levels of professional women’s golf and to provide a way for these amazing women’s to make a living while getting there.” He added, “Seeing players like Yan and Kennedy succeed, to see them develop and learn how to climb professional leaderboards inspires us toward our mission of providing this platform for them.”

Just launched in late December, the East Coast Women’s Professional Golf Tour is already in full swing, hosting its third tournament in four weeks. The ECWPGT is a mission-driven developmental professional tour creating more and better playing opportunities for women pursuing their LPGA Tour dreams.  its Advisory Board consists of current ECWPGT, Epson Tour and LPGA Tour players, coilege coaches and business leaders who all take an active role in guiding Tour policy. The ECWPGT is produced by MediaShare Consulting Group, Inc, which also produces the PXG Women’s Match Play Championship.  ECWPGT is open to women professional players including those on the Epson Tour as well as college players and elite-level amateurs over the age of 15 exploring professional aspirations.  Registration for the Winter Series is currently open on the tour’s website www.ECWPGT.com.