Zero Restriction has been named as the Preferred Outerwear Supplier for the International and U.S. Teams at the 2022 Presidents Cup, set to be contested at Quail Hollow Club, September 20-25.

While Zero Restriction has been worn by the U.S. Team in multiple meetings of the competition, this marks the first time the brand will outfit both the U.S. and International Teams with outerwear.

“Our partnership with the Presidents Cup has been one of the greatest highlights of my career,” said EVP and Creative Director, Billy Draddy. “Ultimately, we look at golf apparel as equipment and as such it’s very much the 15th club in your bag. When foul weather is a factor, the proper gear will give you a competitive edge. We are honored to have been selected, which is a true testament to our product. We look forward to debuting the outerwear that I custom designed to fit the performance and aesthetic needs for each team.”

Zero Restriction was founded in a barn in rural Pennsylvania with the goal of producing a truly waterproof and breathable jacket you could swing a golf club in. Today, ZR is celebrating over 30 years as pioneers in performance golf apparel. Zero Restriction is the oldest of four brands in the Summit Golf Brands portfolio. It is joined by its younger sibling B. Draddy, and industry heavyweights Fairway & Greene and EP New York. 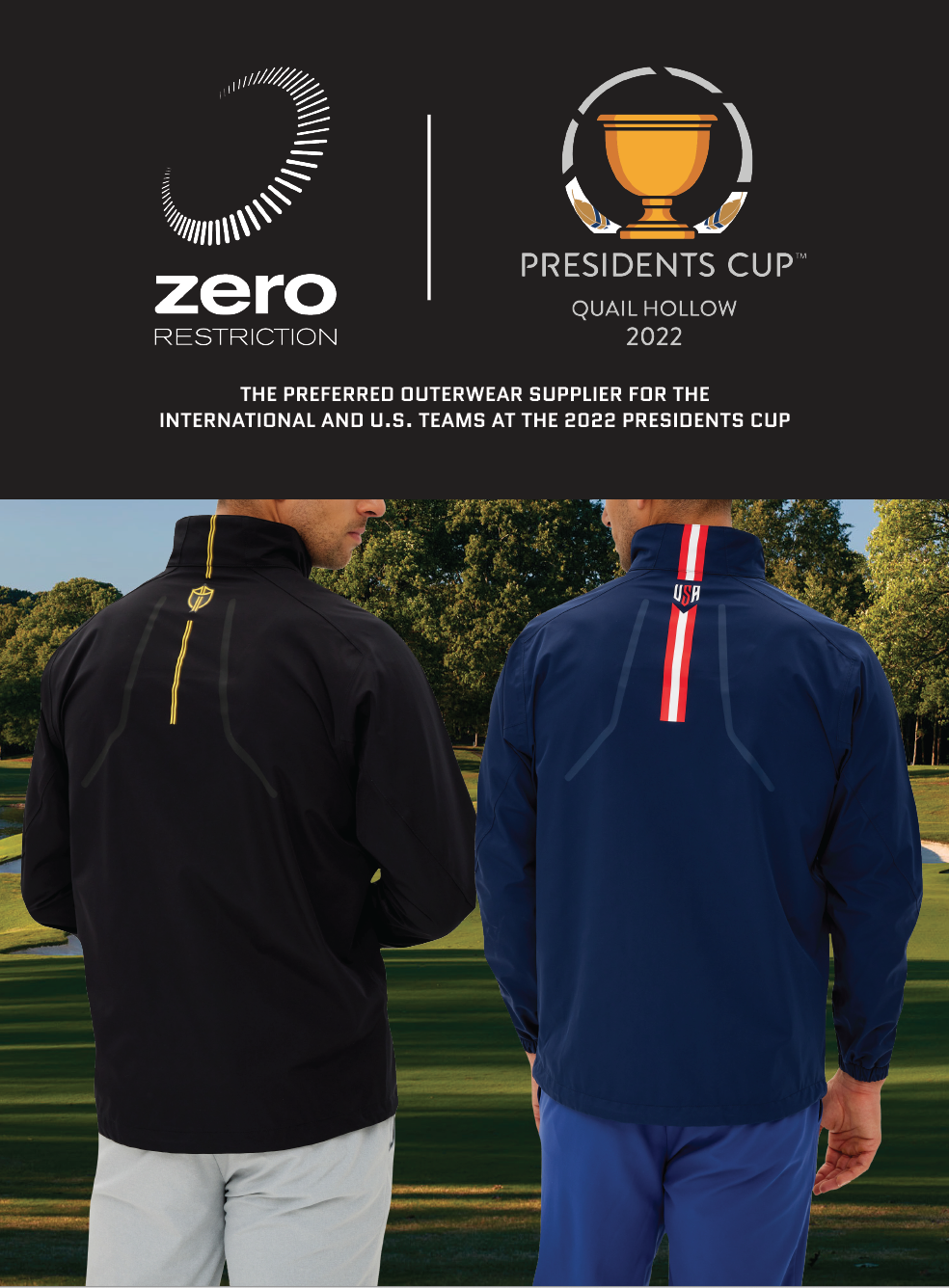 About the Presidents Cup

The Presidents Cup is a unique golf event in that there is no purse or prize money. Players are not paid for their participation, but each competitor allocates an equal portion of the funds generated to charities of his choice. Since the event’s inception, more than $54.4 million has been raised for charity from event proceeds, as well as contributions made on behalf of the Presidents Cup, including a charitable donation of $5.3 million from the 2019 event alone.

Citi, Cognizant and Rolex are the exclusive Global Partners of the Presidents Cup.