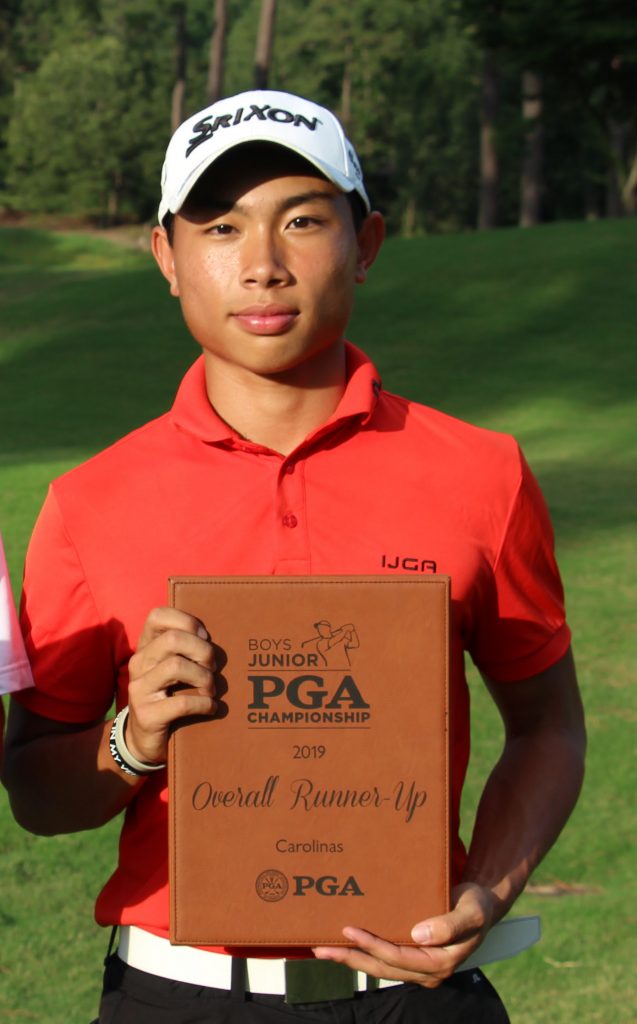 Pha shot one under par during the opening round. “After the first round, I had several bogies on the Par 3s. I was putting well, but felt like I could play better, said Aaron Pha. “The leader was six under after the first round. I just wanted to try my best and focus on improving my score on the Par 3s during the second round. I didn’t realize that I was in contention. However, I was able to sink several 40′ putts and felt like I was playing well,” said Pha.

Following the second round, Pha finished six under, firing a 65 to co-medal with Zach Brown of Bermuda Run, NC. Pha lead the field of 144 players with 13 birdies enabling him to securing one of two spots to the National Junior Championship. “It feels great to qualify and I look forward to playing in the Nationals,” remarked Pha.

The tournament site of the 2019 National Junior PGA Championship will be held at Connecticut’s Keney Park Golf Course in Windsor, July 30 – August 2. The golf course was recently ranked by Golfweek as the No. 2 place to play in Connecticut, as well as tied for first on Golf Inc.’s 2016 Public Renovation list.