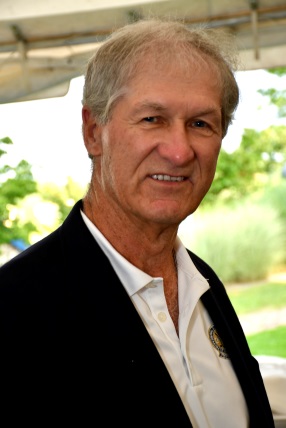 Director of Golf at Lords Valley Country Club has Given 35,000 Lessons During his Career; 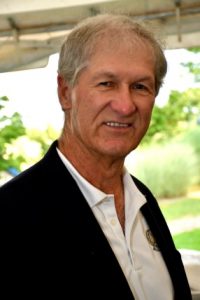 Lower Gwynedd Township, PA., September 10, 2018 … The Philadelphia Section PGA is celebrating longtime member, Gene Yanovitch, the Director of Golf at Lords Valley Country Club (LVCC) in Lords Valley, Pennsylvania, for his 50 years of service as a PGA Professional at the club located in the Pocono Mountain Region. Yanovitch is part of a family of PGA Professionals, including his brother Vince, a 58-year PGA Member; son David, a 21-year PGA Member; and nephew Robert, a 10-year PGA Member, that combines for more than 130 years of service to the golf industry and the PGA of America.

“To have a 50-year career as a PGA Professional at one facility is unheard of in the golf industry,” said Geoff Surrette, Executive Director, Philadelphia Section PGA. “Gene is a great example of how PGA Professionals can use their skills to adapt and grow with a facility through generations of members. Gene has been a leader of PGA Professionals in the Pocono region for decades and the Philadelphia Section membership, leadership and staff congratulates him on this career milestone, and thanks him for being a first-class representative of our association.”

“Gene is revered at Lords Valley Country Club for not only his golf expertise, but his many decades of unmatched service and commitment to our membership and the hundreds of golfers and guests who visit our facility each year,” said Jennifer Mang, General Manager, Lords Valley Country Club. “Gene is part of a Yanovitch family of PGA Professionals who have dedicated their lives to the game of golf, and we cannot thank them enough for an amazing 130 years of service.”

Born in 1944 in Pittston, Pennsylvania, Yanovitch started his career in golf as a PGA Apprentice at Taminent Golf Resort in Taminent, Pennsylvania, after completing  a  12-month food, bar and restaurant course from LaSalle University in Chicago, Illinois.  An accomplished player, he competed in many professional tour events early in his career before turning his attention to teaching and fitting. After becoming Head Professional at Lords Valley Country Club in April 1969, he founded Gene Yanovitch Inc., a golf company dedicated to player instruction and club fitting.

Throughout his career, Yanovitch is credited with giving more than 35,000 golf lessons, as well as hosting countless golf clinics throughout the Pocono Mountain Region.

Adds Surrette, “Every golf lesson given by a PGA Professional positively impacts the game by driving player improvement on all levels. Having given 35,000 lessons throughout his career is unimaginable and shows just how much Gene Yanovitch has touched the game and so many players during his many decades of service.”

The Philadelphia Section PGA (PPGA) is one of 41 geographical sections of The PGA of America. Composed of PGA Professionals who serve as the “Experts in the Game & Business of Golf,” the PPGA encompasses Eastern Pennsylvania, New Jersey (Trenton – south), Delaware and parts of Northern Maryland. Since the 1920s, the PPGA has been the voice and face of golf throughout the region backed by over 850 PGA Professionals and Apprentices who promote the enjoyment and involvement in the game of golf, and who are at the forefront of programming/events at more than 300 public and private golf facilities, including some of the country’s most acclaimed golf courses. PPGA members collectively impact over 2 million rounds of golf annually, encompassing over 100,000 club members, hundreds of thousands of public course golfers, business leaders and one of the country’s strongest stable of junior golfers. The PPGA is further complemented by its charitable arm, the Philadelphia Foundation, which was created to positively impact lives and communities through the game of golf.  For more information about the Philadelphia Section PGA, visit www.philadelphia.pga.com.