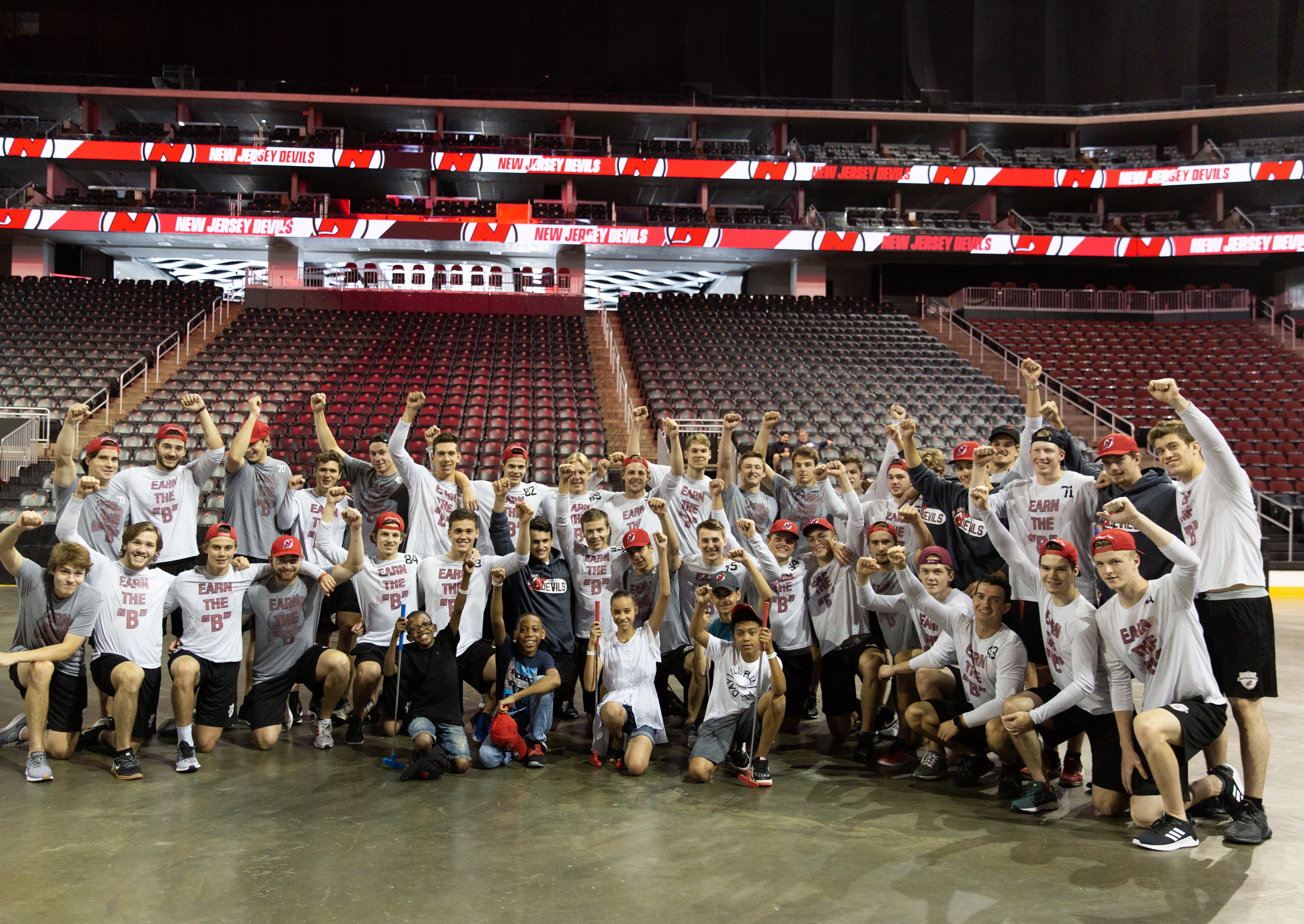 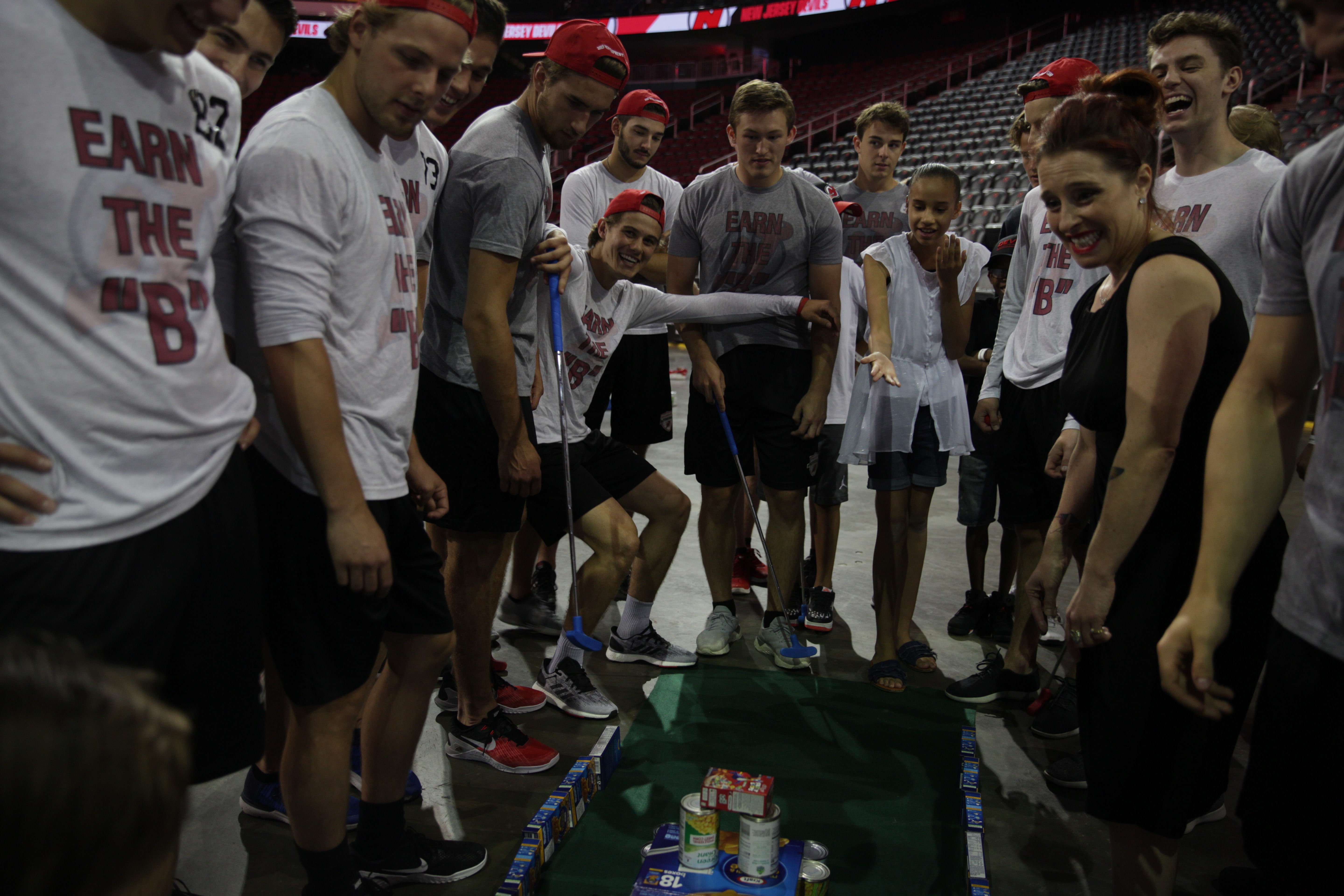 The New Jersey Devils #1 overall draft pick, Jack Hughes, has some fun with teammates and pediatric patients from RWJBarnabas Health hospitals during the “Ace Race.”

New Jersey Devils development camp prospects pose for a photo with pediatric patients from RWJBarnabas Health hospitals to cap off the “Ace Race.”

The players and patients were broken into teams and each group was responsible for building a custom golf course on the main concourse.  The “materials” used for building the course included non-perishable food items such as Macaroni and Cheese boxes, canned goods, spaghetti sauce jars, etc.

After each respective hole on the custom mini golf course was built, the groups competed against each other in the “Ace Race,” whereby they played the hole until one player got a hole in one, to determine the golf champion.

At the end of the “competition,” all the food items used to create the custom mini-golf course were donated to the Covenant House of Newark.

RWJBarnabas Health is the Official Healthcare provider of the New Jersey Devils.