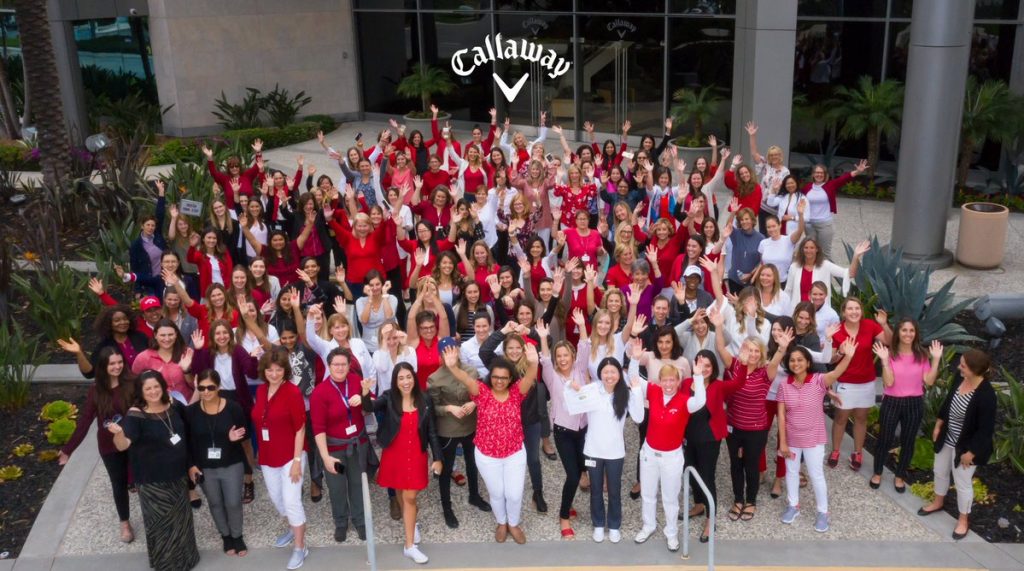 Women’s Golf Day 2019 blew all expectations out of the water last week as it smashed previous records for venues, countries and overall reach. The global celebration of golf succeeded in its goal of uniting women around the world, with 845 locations across 46 countries hosting WGD events that combined socializing and golf.

Outside of the course the figures were equally astounding, with over 25 million people viewing WGD content for a total of over 47 million impressions across social media that included some of the biggest brands, influencers and celebrities around the game.

Elisa Gaudet, Founder of Women’s Golf Day was blown away by the support for this year’s event and is delighted to be a part of the momentum that is gathering in the women’s game. She said, “From year one we’ve combined easy, fun golfing activities at golf venues with a bigger conversation about the importance of the global female golf market. Every year we’ve grown but 2019 has been a tipping point for uniting industry leaders, teaching pros, programs, courses and events to celebrate women and golf for one day.”

The feeling of unity across the globe was reflected in comments from venues that hosted WGD events. Benedict Riches, CEO, Leadbetter Golf commented “We are incredibly proud to support Women’s Golf Day at The Leadbetter Golf Academy World Headquarters at Champions Gate, Orlando and across our academies worldwide. This is a fantastic initiative and perfectly aligns with our mission of building a lifelong game for golfers of all ages and abilities. We hope the 135 women who attended our event in Orlando not only improved their golf swing but made new friends as they joined the community of women golfers united across the world.”

Across digital and social media, WGD 2019 succeeded in driving the conversation about the women’s game with a huge variety of content being produced across WGD channels, international golf influencers, celebrities, brands, pros, and golf venues. Content varied from video clips and photos of participants at venues across the globe, often dressed in WGD red and white; women swinging a club for the first time and socializing with new friends, to some of the biggest names in the sport and from the world of entertainment showing their support for the day. Some of the best known names that joined in on the #WomensGolfDay conversation include: Tisha Alyn, Nikki B, Matt Ginella, Chris Harrison, Niall Horan, Blair O’Neal, Greg Norman, Gary Player, Annika Sorenstam, Paige Spiranac and Michelle Wie.

With Women’s Golf Day 2019 having been such a resounding success, Elisa Gaudet plans to build on the momentum and make sure that the conversation converts into action. She explains, “Women’s Golf Day is the start of the journey for so many women and that’s something of which I’m incredibly proud. There are so many great teaching pros and programs available already in existence, so if we can help women understand what a fantastic game golf is and the value of the communities that exist within the game then I know we can create the next generation of female golfers. The way that the industry has come together to show women’s golf at its best is so inspiring and I can’t wait to see how we can be at the heart of driving that conversation again in years to come.”

Women’s Golf Day (WGD) is a global golf initiative launched in 2016 to introduce women of all ages to the game and encourage existing female golfers to “tee it up” in a fun and highly inclusive environment. The one day, four-hour event, has now taken place in 900 locations in 52 countries since its inception, and has introduced thousands of new golfers to the sport while transcending language, culture, religion, and race to celebrate golf, women, and community. WGD created an incredible global community in three years and has the support of almost every major golfing governing body and organization. WGD’s primary hashtag #WomensGolfDay received more than 15 million global impressions to nearly 10 million users across Twitter and Instagram.